Trending
Home runs from both sides of the plate MLB NEWS: Deadline moved to 5 PM. On the Verge of a Deal. Hunter Greene's slider breakdown Tom Seaver statue at Citi Field features incorrect number font on back of jersey, sculptor admits Pac-12 baseball tournament created with city of Scottsdale and The Arizona Sports & Entertainment Commission Former Mets ace Matt Harvey discusses drug use, including cocaine, while testifying at Eric Kay trial Mark Kotsay hired as A's manager Was this a strike or a ball? comment below Hollywood Stars were first team to play in shorts Best Tigers baseball cards
MLB News

Twins Pulls Away In The Central and the Return of Max Scherzer - Locked on MLB - July 6, 2022

The #Astros win again with the help of 4 homers and 9 runs against the pesky #Royals. #FYP #short

10 storylines no one could have predicted 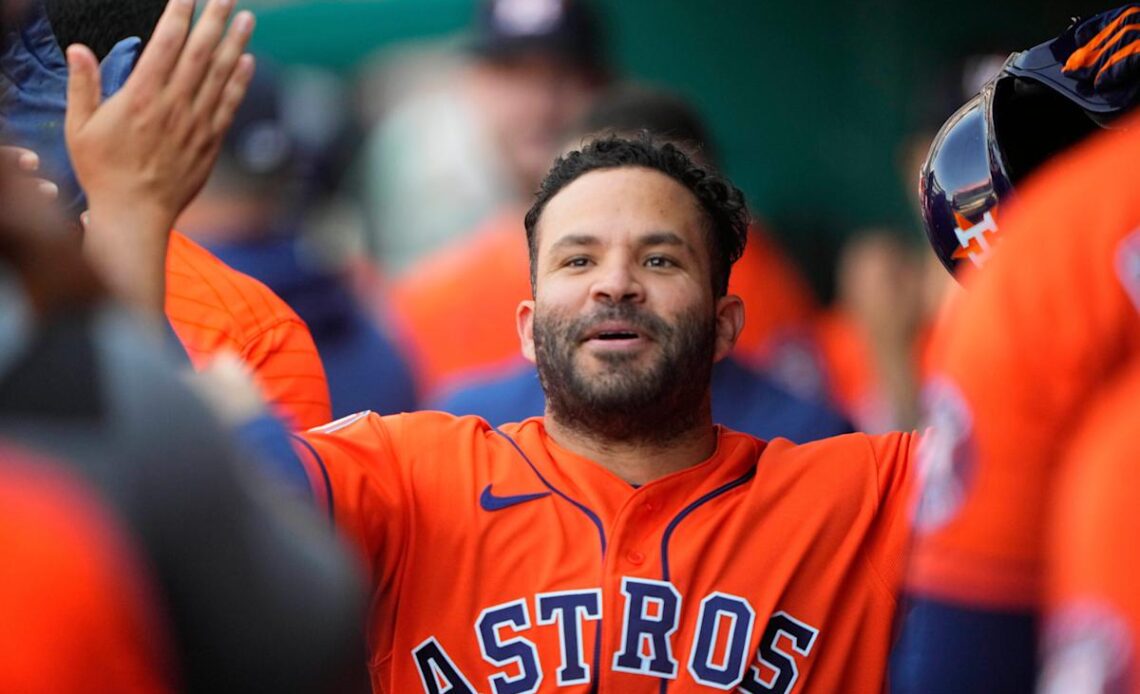 After starting the 2022 season 11-11, the Houston Astros reeled off an 11-game winning streak to re-solidify themselves as one of the best teams in baseball – and up six spots to No. 3 in this week’s MLB power rankings.

The Astros limited opponents to three runs or less in every game of the winning streak, including four shutouts, before losing to the Washington Nationals on Saturday. Houston bounced back for an 8-0 win on Saturday behind Justin Verlander, who is 5-1 with a 1.38 ERA in seven starts after missing the 2021 season recovering from Tommy John surgery.

Jose Altuve has been looking like his old self, batting .333 with hitting six home runs in 12 games to begin the month of May. Rookie Jeremy Peña Jr. looks like a budding star at shortstop, posting an .853 OPS with six homers and 20 RBI in his first 30 big-league games.

Houston is tied with the Los Angeles Angels atop the American League West through Sunday.

Jose Altuve celebrates a home run against the Nationals.

Clayton Kershaw heads to the injured list. 34-year-old had a 1.80 ERA in five starts.

Tylor Megill’s injury is going to ask some questions of the team’s pitching depth.

Christian Yelich had 14 hits and 11 runs through 12 games in May.

Manny Machado is on pace to reach 200 hits for the first time in his career.

It might be time to start taking this team seriously in the AL West.