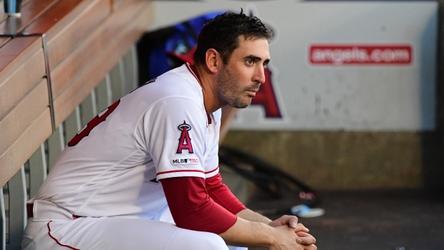 Matt Harvey with Angels in dugout 2019

While testifying on Tuesday during the trial of former Los Angeles Angels employee Eric Kay, who is accused in the drug-related death of pitcher Tyler Skaggs, former Mets pitcher Matt Harvey discussed his own drug use and the interactions he had with Skaggs.

Skaggs was found dead in his hotel room on July 1, 2019, with an autopsy revealing that he had fentanyl, oxycodone, and alcohol in his system, and that he had choked on his own vomit.

According to T.J. Quinn of ESPN, Harvey — who was Skaggs’ teammate with the Angels in 2019 — testified that he tried oxycodone in 2019 (saying that he got it from Skaggs), and that he didn’t like how it felt.

Harvey said during testimony that he was a partier, telling the prosecution when asked that cocaine was his drug of choice when partying and that he continued to use cocaine after signing with the Angels for the 2019 season and arriving in California.

In addition to his use of cocaine and oxycodone, Harvey…