Home runs from both sides of the plate 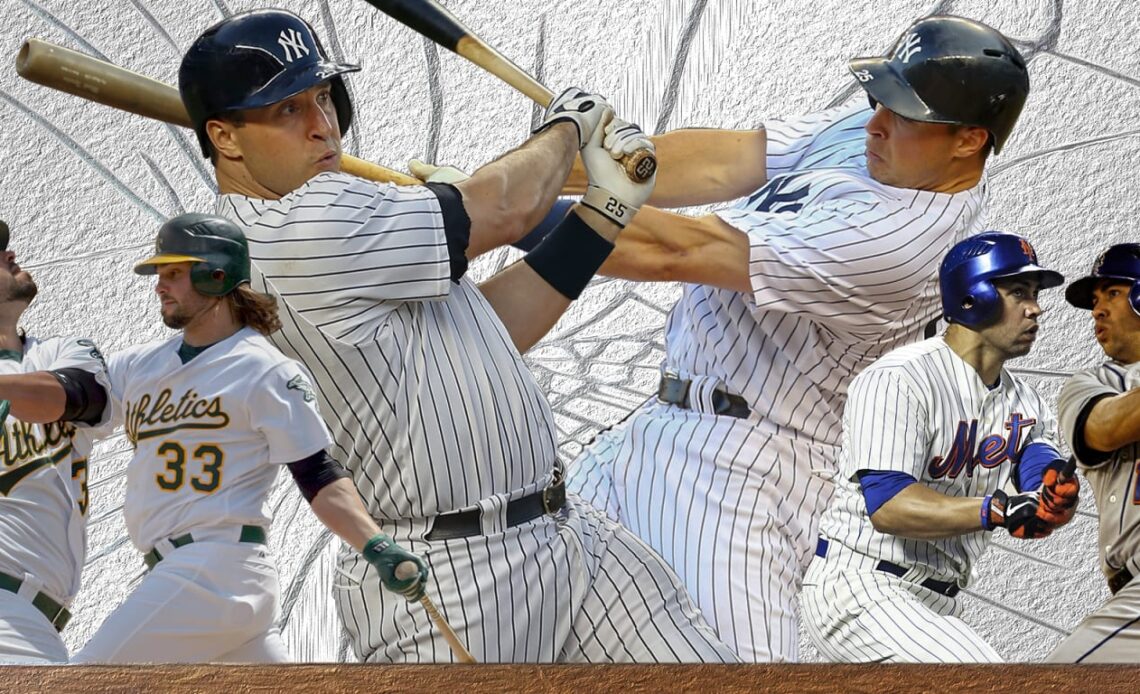 Thereâ€™s a certain romanticism in how we view the switch-hitter in baseball. The skill necessary to hit Major League pitching from both sides of the plate is rarely found, and when it is, itâ€™s a treasure, particularly in our era of platooning and pitching matchups.

There are switch-hitters. Then there are switch-hitters who can do a lot of damage from either batterâ€™s box. With special thanks to the Elias Sports Bureau, hereâ€™s a look at the players with the most games homering from both sides of the plate (note that the active leader in this category is JosÃ© RamÃ­rez, with six).

Teixeira is ranked fifth all-time among switch-hitters with 409 home runs and was also a five-time Gold Glove Award winner at first base. His first career game in which he homered from both sides of the plate came on the Fourth of July in 2004, when he launched a solo shot in the eighth inning as a right-handed batter and a grand slam in the ninth while batting lefty during an 18-3 Rangers victory…