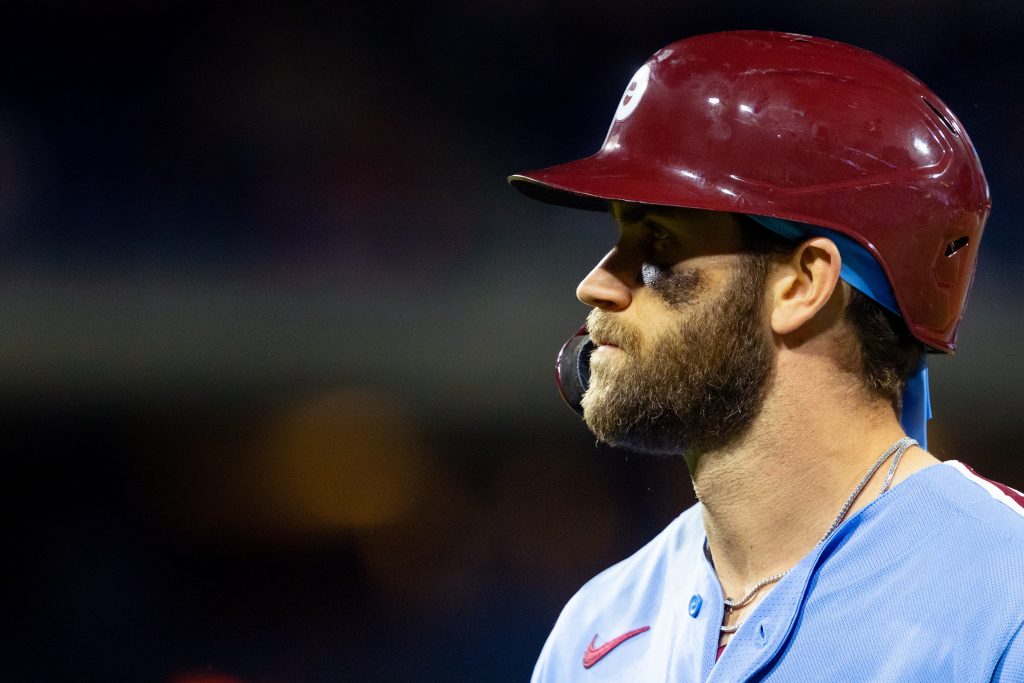 An MRI on Bryce Harper’s injured right elbow came back clean, but it will still be a few days before he can take the field again, per The Athletic’s Matt Gelb. In fact, if it weren’t for the designated hitter now being a part of the National League, Harper would have been placed on the injured list, Gelb notes. He will stay on the roster and in the lineup as the designateted hitter.

With Harper at least temporarily entrenched as the DH, the Phillies’ defense will take a hit with Kyle Schwarber and Nick Castellanos in the outfield corners and Rhys Hoskins at first base. All three players would probably DH in a best-case scenario.

Harper’s injury, though hopefully short-term, highlights a larger roster issue for the Phillies. The outfield trio of Harper, Schwarber, and Castellanos aren’t going anywhere, but the Phillies could look to shake up the roster down the line by moving Hoskins or Alec Bohm. The younger Bohm has struggled defensively at the hot corner, and they could move him to first if they decide to move on from Hoskins, who has one more season of arbitration before free agency.

The club has also considered trading Bohm, however, notes The Athletic’s Ken Rosenthal. In just 12 games this season, Bohm’s value has already experienced wild swings in both directions. A three-error game at third saw him pushed to the bench for a few games, but in the last couple of days, Bohm’s bat has taken off. Such variance for a young player like Bohm is exactly…