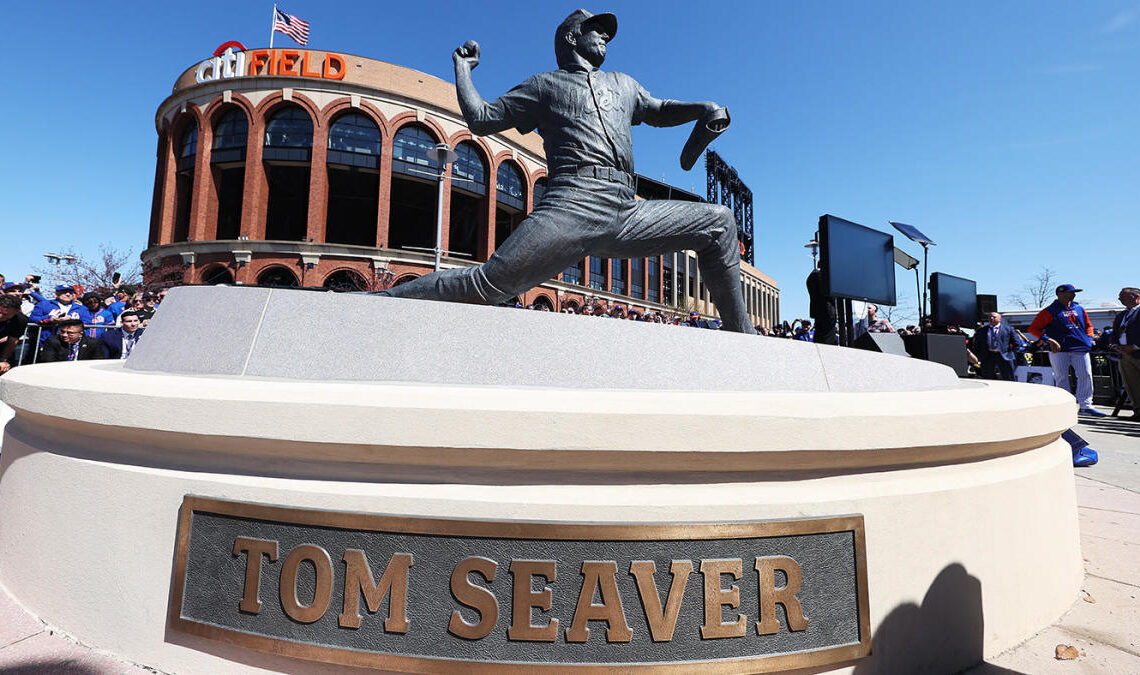 The New York Mets unveiled a statue of Hall of Fame pitcher Tom Seaver outside of Citi Field in the beginning of this season. It was an honor that many Mets fans felt was long overdue.

However, it has come to light that the sculptor of Seaver’s statue, William Behrends, made a slight error when creating it. According to Uni Watch’s Paul Lukas, the No. 41 that Seaver is sporting on the back of the statue features the incorrect font for the “4.” It doesn’t match the one that the Mets had on the back of their jerseys during Seaver’s playing days.

In the franchise’s history, the Mets have only used one rear-number font on their pinstriped home uniforms, and it is called Block Standard, Lukas reported. Seaver is sporting the home uniform in the statue, but the issue is that the No. 4 on the back of the statue is missing a little “stub” on that digit, as Uni Watch described it — even though the 4 on the front of the jersey is the correct font.

North Carolina sculptor William Behrends, who designed the Seaver statue that is now outside Citi Field, confirmed the error in the Uni Watch report.

“I went back and looked at my original clay model to see if the number mistake had happened in the foundry. But no — the clay model has it that way too. It’s not like me to miss something like that, but that’s what happened. It’s something I missed. That clay model, I worked on that for about 10 and a half months. I laid out the torso, laid out the the uniform, and blocked in the letters. At an early stage, I know I had that little stub on the ‘4.’ But during the process of adjusting the model, you take things off and rebuild them elsewhere. So those…