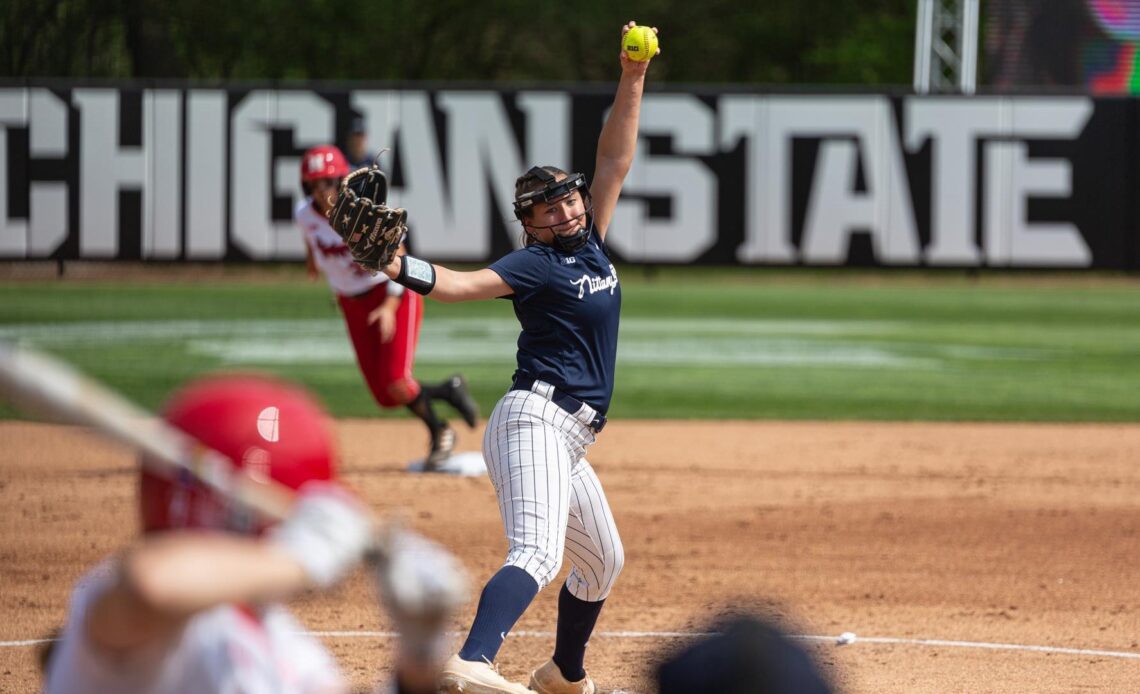 Liana Jones went 1-for-3 with a double and run scored while Maggie Finnegan had Penn State’s lone RBI. Nebraska took the lead in a three-run fifth inning and the Nittany Lions couldn’t recover.

How It Happened
Cassie Lindmark started off the game with an infield single to the shortstop and advanced to second after a fielder’s choice from Ally Kurland. Lauren Marcotte then laid down a sac bunt to move Lindmark to third, but she was left stranded. Cam Ybarra doubled for Nebraska with one out in the bottom of the first, but Bailey Parshall was able to get all three outs and leave her on base to end the first.

Liana Jones started the second with a double over the centerfielder’s head for another leadoff hit. After Kaitlyn Morrison laid down a sac bunt to advance Jones, Maggie Finnegan hit a ball to the shortstop and Jones outran the throw to home to make it 1-0 Penn State early on.  Nebraska started the bottom half of the inning with another one out hit, but Parshall retired the side to maintain the Nittany Lions’ lead after two.

Marcotte reached base in the top of the third after being hit with a pitch, but that’s all Penn State could put together. Parshall responded in the circle, putting the Huskers down 1-2-3 to end the third and maintain the lead.

Finnegan singled up the middle with two outs in the top of the fourth but was left on first. Nebraska started the bottom half of the inning with a single off the wall with one out, but the Nittany Lion defense shut down Nebraska to end the inning.

The Nittany Lions went down 1-2-3 again in the top of the sixth. The Huskers doubled with one out in the sixth, but Lingenfelter did a good job to get out number three. Penn State couldn’t complete the comeback, falling 3-1 in the Big Ten Quarterfinals.