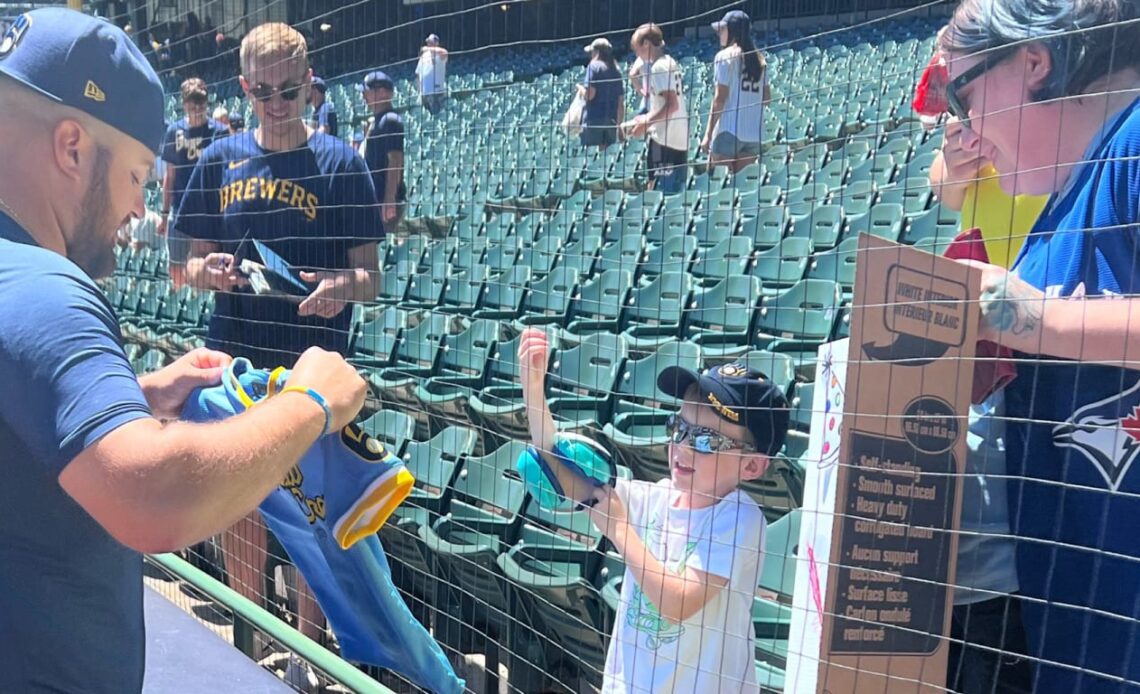 MILWAUKEE — All Xander Brown wanted for his fifth birthday was to meet his favorite former Blue Jay.

Rowdy Tellez gave him so much more than that.

There was a meeting, a signed jersey and two home runs from Tellez in the Brewers’ 10-3 win over the Blue Jays on Sunday at American Family Field, giving Milwaukee a winning homestand and the Brown family an afternoon of memories they won’t soon forget. It’s safe to say that their long road trip from Ontario was worth it.

“He gave me something special,” Xander said. “I missed him since he left.”

The Blue Jays traded Tellez to the Brewers last July, and he’s since provided the jolt of left-handed power Milwaukee sought. That included home runs No. 12 and 13 this season on Sunday, as the Brewers hit their way out of a hole created by Toronto catcher Alejandro Kirk’s three-run homer in the top of the first inning.

Tellez hit a two-run shot in Milwaukee’s three-run counterpunch in the bottom of the inning, and then another two-run blast in a go-ahead, five-run second as the Brewers roughed-up right-hander José Berríos, who has long given them trouble. Tellez added a walk in another late rally as Milwaukee scored in double digits at home for the first time since May 5 — all with Xander watching from section 102 in a Brewers cap and shirt.

“He’s always loved Rowdy, and this year when the schedule came out, [the Blue Jays and Brewers] were actually playing on his birthday, so we thought, we have to do it,” said Christina Brown, Xander’s mother. “This is pretty much all he’s asked for since Rowdy got traded.”