Wood Selected By Brewers In Fourth Round of MLB Draft 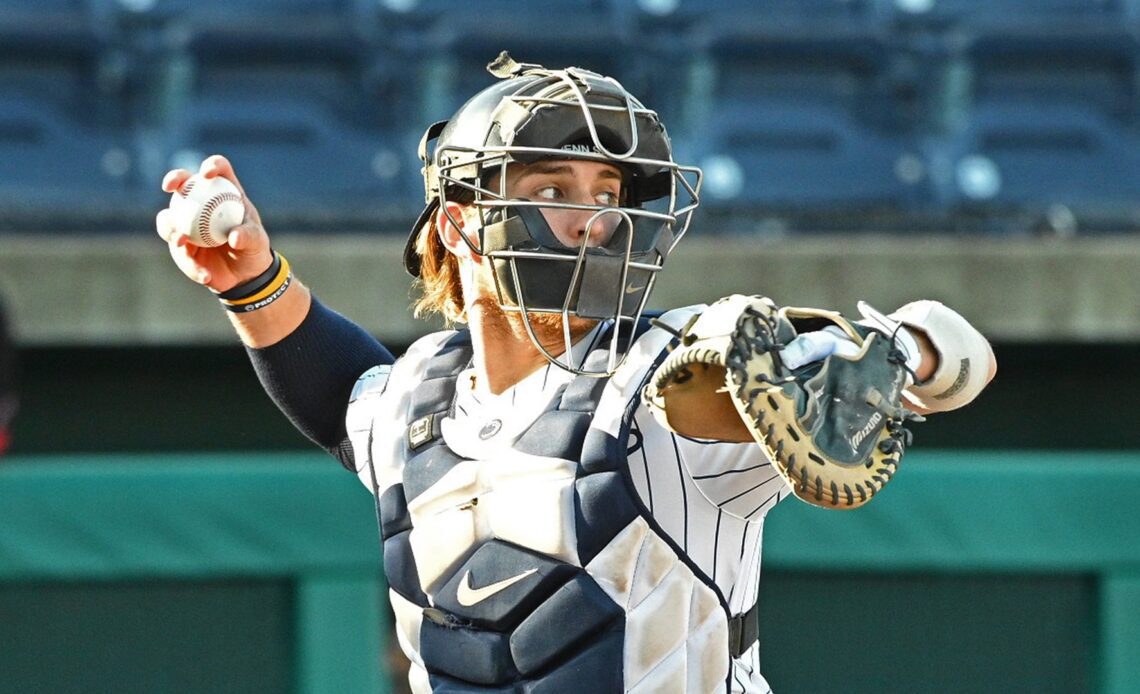 UNIVERSITY PARK, Pa. – Penn State baseball junior catcher Matt Wood was selected by the Milwaukee Brewers in the fourth round, 132nd overall, in the 2022 MLB Draft. The MLB Draft continues with rounds 11-20 on Tuesday, beginning at 2 p.m. with coverage on MLB.com.

Wood became the highest-selected position player in program history. The previous highest was catcher Ben Heath who went in the fifth round, 153rd overall, to the Houston Astros in 2010.

The junior is Penn State’s highest selection since pitcher Drew O’Neil went in the fourth round, 120th overall, to the Chicago White Sox in 2008.

Wood was the third Big Ten player to be selected in 2022 and the first college player selected from a Pennsylvania school.

The Gibsonia, Pa. native is the 77th player selected out of Penn State and the program’s eighth catcher to be drafted. He’s Penn State’s first catcher to be drafted since Ryan Sloniger (38th round, Blue Jays) in 2019. Wood is also the 15th Top-10 round selection in program history. Penn State has a Top-10 round pick in three of the last four drafts with Wood joining pitchers Dante Biasi (6th, Kansas City Royals; 2019) and Conor Larkin (9th, Toronto Blue Jays; 2021).

Wood is Penn State’s 12th draft pick under head coach Rob Cooper and the ninth Pennsylvania native to be drafted out of Penn State since 2016.

“We are so fired up for Matt to realize his dream of playing professional baseball,” said Cooper.  “He has worked extremely hard to get this opportunity and now the real work begins. Congratulations Woody, the Brewers are getting a good one!”

The two-time All-Big Ten selection has played in 107 games, including 106 starts, as a Nittany Lion. He has a career .340 average with 132 hits, including 26 doubles, four triples and 16 homers. Wood has driven in 79 runs and scored 81, while maintaining a .552 slugging percentage and a .437 on-base percentage.

He finished the season ranked fourth in the conference in on-base percentage (.480),…