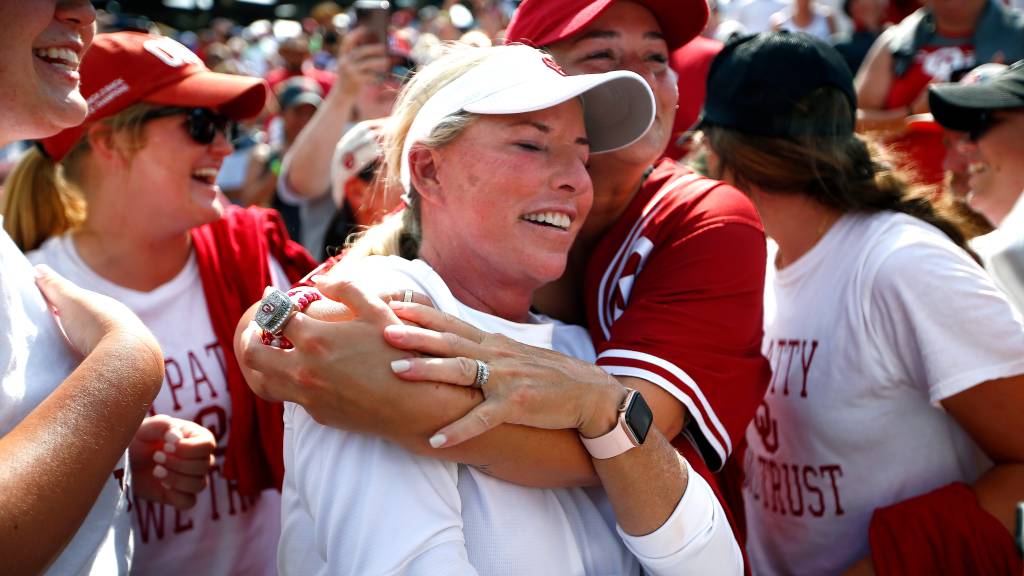 The growth of softball in the United States is undeniable. Over the last several years, the Women’s College World Series has become one of the hottest events on the sports calendar. And that’s not just in Oklahoma.

In 2022, the WCWS outperformed the College World Series in the ratings, providing further evidence that women’s sports can be incredibly popular.

Capitalizing on that popularity, the Women’s Professional Fastpitch announced plans to expand, adding a team in the softball hotbed of Oklahoma City. Joining the Smash It Vipers and the USSSA Pride in 2023 will be the Oklahoma City Spark.

Lauren Chamberlain, commissioner of the WPF and Oklahoma Softball legend said told Jenni Carlson of the Oklahoman, “it was a no-brainer” to add the Spark to Oklahoma City.

With the incredible following that Oklahoma and Oklahoma State softball have in the state and the numbers that descend on Oklahoma City for the Women’s College World Series, a professional team makes all the sense in the world for the burgeoning league.