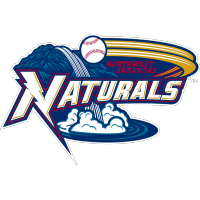 C.J. Alexander led the way offensively, as the Northwest Arkansas designated hitter went 3-for-5 with four runs batted in.

Alexander connected on a two-run homer in the fifth to put the Naturals ahead at the time 3-2, then drove in two runs of insurance on a single in the ninth that pushed the score to the 6-3 that held to be final.

The Naturals struck first in the game, as catcher Luca Tresh scored on a wild pitch in the second. Wichita countered immediately, scoring two runs to take the lead, then added a third in the bottom of the fifth to tie the game back up after Alexander’s home run.

Starting pitcher T.J. Sikkema delivered a strong start, allowing three runs over 5.0 innings with five strikeouts, after working out of a difficult second inning. Wichita scored twice and loaded the bases, but Sikkema pitched out of the inning with three strikeouts, though needing 38 pitches to get out of the jam. The left-hander settled down and allowed just the run in the fifth inning, only using 20 pitches for his last nine outs, including a 1-2-3 sixth inning on six pitches.

Combined, the three arms struck out 12 batters, the staff’s highest single-game total in over a month. The 4.0 scoreless innings lowered the bullpen’s ERA in September to 2.03 (6 ER in 26.2 IP) this month.

Northwest Arkansas will try and secure at least a split in the series Friday at 7:05 p.m. CT as right-hander Jon Bowlan takes the mound.