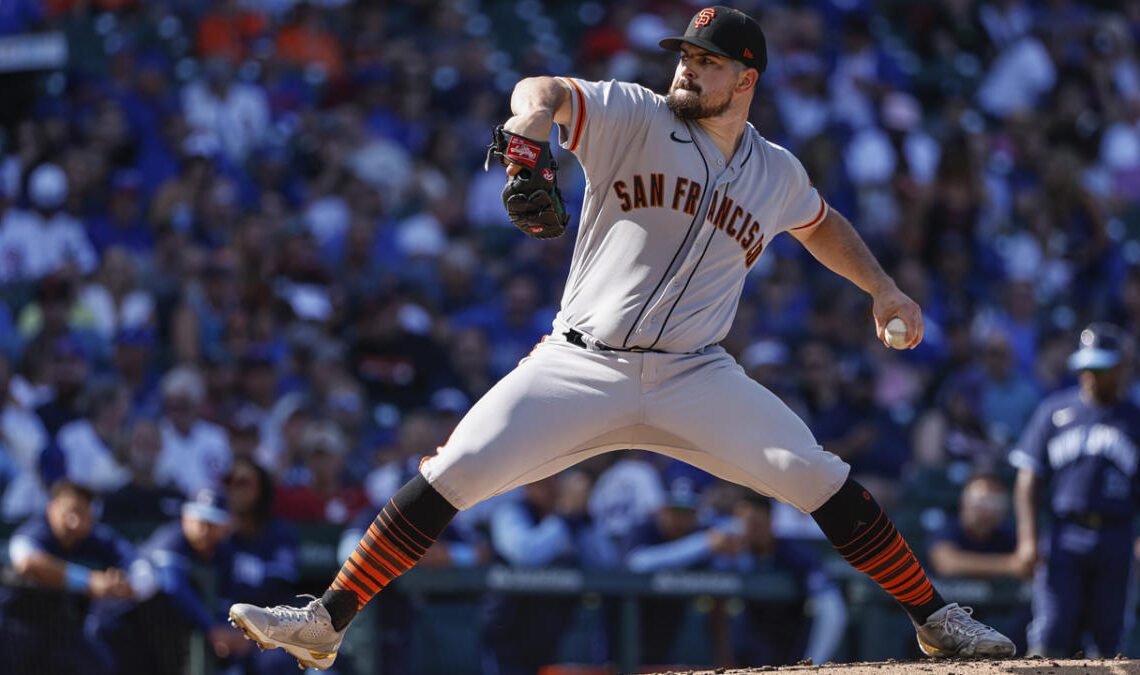 CHICAGO — When a new regime took over in San Francisco three years ago, a huge part of the plan was to find pitchers with some red flags on their resume and help them take the next step. Drew Smyly was one of the first success stories.

Smyly signed before the 2020 MLB season and posted a low ERA with a very high strikeout rate, then parlayed that into an $11 million salary with the Atlanta Braves. The Giants were fine with watching him walk, turning to the next crop of talented arms. Their next decision will be considerably tougher.

Carlos Rodón had a much better track record than Smyly when he came over and got a much bigger contract. He has been much more dominant, too, but like Smyly, he could soon find his best payday elsewhere this winter.

Rodón is a month from being able to opt out of his contract and again hit the open market. He’s having a walk year for the ages.

The Giants lost 4-2 to the Chicago Cubs on Friday at Wrigley Field, but Rodón continued his stretch of dominance and set a franchise record in the process. He struck out 11 in 5 1/3 innings, reaching double-digits for the 10th time this season. That broke a mark shared by Tim Lincecum and Jason Schmidt.

“It’s pretty cool,” Rodón said. “But there’s probably four starts left. I’m just worried about those — I think I pitch against Atlanta next. But yeah, it’s a cool little milestone.”

The double-digit strikeout game was the 22nd of Rodón’s career and got him to 212 for the season. If he does make four more starts, he’ll have a shot at breaking Madison Bumgarner‘s franchise record of 251 strikeouts by a left-handed pitcher. There’s a long way to go, but Rodón’s ridiculous pace gives him a chance. He has double-digits in four of his last five starts and has done it six times since the All-Star break.

“It feels very much like a historic season,” Kapler said. “It looks like a guy who is going to be dominant every time out. We sort of game plan around his dominance in a lot of ways. If Carlos is starting in two days, you may not need as much of the bullpen or you’re probably going to be in a competitive game when Carlos pitches. It’s a feeling that happens leading up to his starts.”

Kapler compared that to how he could game plan around Logan Webb‘s dominance late in the 2021 season. Webb’s growth allowed the…