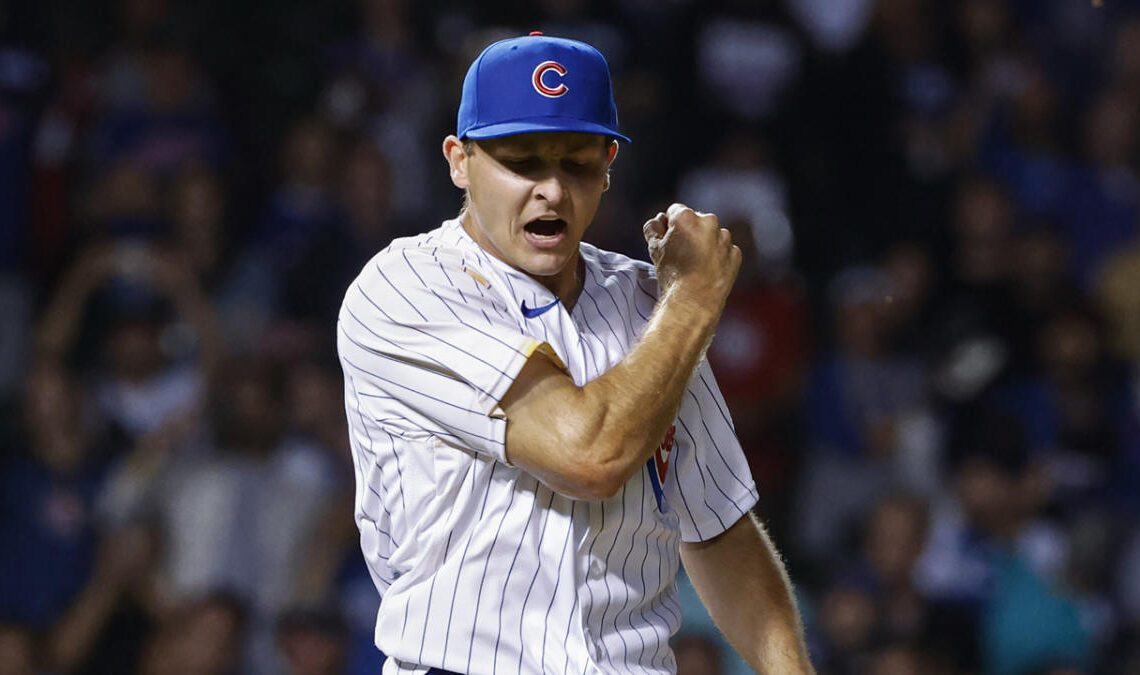 What’s next for top Cubs pitching prospect Hayden Wesneski after his impressive big-league debut out of the bullpen?

More of the same, at least initially in terms of how the Cubs plan to use him. Wesneski will remain in the bullpen “for now,” manager David Ross said this week.

Wesneski, the Cubs’ No. 12 prospect acquired in the Scott Effross trade at the deadline, threw five scoreless innings with eight strikeouts in relief of Wade Miley on Tuesday.

The Cubs are high on his potential and know he profiles as a starting pitcher. As the season winds down, they plan to at least keep him on a similar routine, if not get a look at him as a starter down the stretch.

“He’s obviously got great stuff and is somebody that could start but also somebody that profiles as a pretty good multi-inning reliever. I think we’re just trying to get a look at him in different opportunities.

“If there’s an opportunity for him to start a game at the end of the year, you may see that. But for right now, I think to keep him on a routine and keeping him in a consistent place is a good place to start.”

Having Wesneski get his first taste of the big leagues as a reliever is a way to ease him in while also monitoring his workload.

After the canceled 2020 minor-league season, he threw 130 1/3 innings in 2021, currently his career high as a professional. He’s on pace to eclipse that this season; he’s thrown a combined 115 1/3 innings between the major and minor leagues.

The Cubs want to make sure Wesneski gets the recovery he needs between outings. After throwing five innings and 61 pitches Tuesday, he was going to be unavailable for a couple of days anyway.

Whatever other factors are involved, there are benefits to having him get this first big-league experience out of the bullpen.

“I think it eliminates a little bit of the pressure, like, ‘I’m the starter. I have to go deep into a game,’” Hottovy said. “Or, ‘I have to keep my team in it early.’ You’re usually coming in and just letting your stuff play for two or three innings.

“There’s a little bit of freedom for guys to be able to do that and feel like they can just be aggressive in the strike zone. We want these guys…