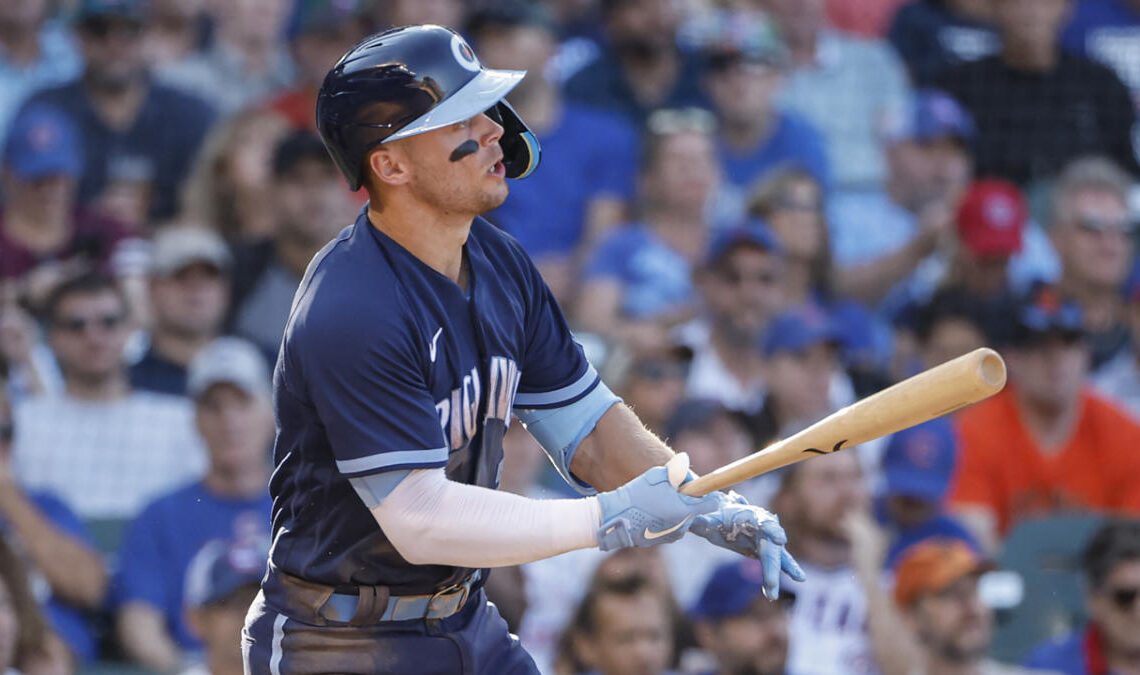 Nico Hoerner’s first big-league hit was a bloop single that fell just beyond the second and first basemen in shallow right field. His most recent hit landed in the bleachers.

As far as hits go, those are about as big of opposites as could be, but they have something special in common: Hoerner tallied them on Sept. 9.

Friday marked the three-year anniversary of Hoerner’s big-league debut, which he celebrated in style. That sixth-inning homer off Giants reliever Yunior Marte put the Cubs ahead 4-0 and proved to be the difference in a 4-2 win.

He finished 2-for-3 with a pair of runs scored.

“I was actually aware of that,” a smiling Hoerner said of the anniversary. “I remember the date, definitely. That was fun.”

It would be hard to forget a big-league debut in any case, but Hoerner made it all but impossible with his performance that day in San Diego three years ago. He went 3-for-5 against the Padres with a triple and four RBIs.

It jump-started his big-league career after he was called off his couch in Oakland and promoted from Double-A to help the Cubs in a playoff race.

Not only does Hoerner remember the date, but the symbolism of that 20-game stretch in 2019 has stuck with him.

“It feels like we’re late in the year now and stuff, but how much I was able to experience between September 9th and the end of the year in that season,” said Hoerner, who took over at shortstop in 2019 after injuries to Javy Báez and Addison Russell and hit .282.

“There’s that much baseball left in this season. It just kind of struck me of how much more there is. A 30-game stretch, or whatever it is, has so much value and things you can learn and develop and how much that stretch changed my life.

“That was kind of where my head was at.”

The Cubs have 24 games remaining this season.

Hoerner said teammate Ian Happ asked if his big-league career has felt longer or shorter than three years. On the one hand, his first ‘full’ season was only 60 games and was played in the middle of a pandemic. He’s only played 235 career games.

On the other hand…

“I think it’s felt longer [than three years], in some ways, just in the development,” Hoerner said. “Just as a person, an adult, getting to learn what it means to play baseball and live life at this level.

“Between COVID and injuries and some things here and there in between, just like everybody has, it’s…