Luis Liberato Called up to the Show 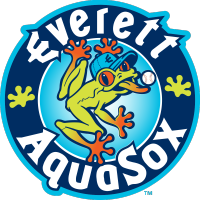 SAN DIEGO, CA: Luis Liberato, who appeared in 53 games with the Everett AquaSox in 2015, has been called up the San Diego Padres. He was originally signed by the Mariners as a free agent on December 6, 2012.

Liberato, 26, is headed to the big leagues for the first time. A native of the Dominican Republic, spent eight years in the Mariners system before signing with San Diego this past off-season.

When he appears in a game, he will become the eight former AquaSox to make his MLB debut this season joining Matt Brash, George Kirby, Jack Larsen, Penn Murfee, Michael Plassmeyer, Julio Rodriguez, and JP Sears.