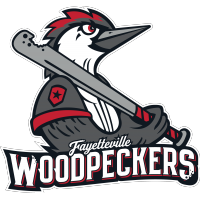 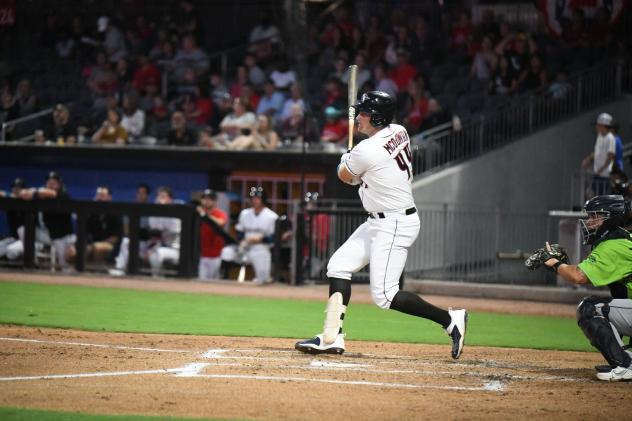 Fayetteville, NC – A tied 3-3 game carried into the bottom of the 11th on Friday night until Garrett McGowan’s RBI double walked things off in a 4-3 victory for the Fayetteville Woodpeckers (54-75, 23-41) over the Lynchburg Hillcats (63-67, 28-36) at Segra Stadium. The walk-off was the second of the season and landed the Woodpeckers their first 11-inning victory all year.


Both sides went scoreless in the tenth as Valente Bellozo and Franco Aleman each retired the side in order without allowing the free runner on second base to advance. Bellozo (W, 3-2) continued his masterful performance with another 1-2-3 eleventh inning, which included strikeouts of Marlin Made and Angel Genao. He totaled five scoreless innings of relief after entering the game in the seventh, and tallied a season-high 10 strikeouts along the way.

Aleman (L, 3-10) also returned for the 11th inning and inherited free runner Ryan Wrobleski at second base. McGowan put an end to the game in a blink, attacking the second pitch for a double that hopped over the left field wall to score Wrobleski and win the game.

Not only did McGowan provide the winning run, but he also opened the scoring for Fayetteville with a sacrifice fly in the second inning that scored Ryan Clifford and tied the game 1-1. John Garcia added an RBI double in the following at bat against Hillcats starter Juan Zapata, scoring Wrobleski for a 2-1 early advantage.

In the third, Zach Denzenzo, Clifford, and Leosdany Molina linked up for three straight two-out singles. Molina’s base hit drove in Dezenzo and drove the lead to 3-1.

Miguel Ullola got the start for Fayetteville and allowed an RBI single to Richard Paz in the first inning, giving Lynchburg their only lead of the night at 1-0. The 20-year-old right-hander struck out four hitters but also walked six, and was lifted from the game after issuing a one-out walk to Lexer Saduy in the fourth. Jayson Schroeder took over and allowed consecutive singles to Marlin Made and Angel Genao that cut the game to 3-2. With Made standing at third, Jake Fox tied it up with a groundout to first base. Schroeder escaped the inning on the next at bat and the tied 3-3 game remained locked into extras.

The rehabbing Andre Scrubb also provided valuable middle-inning relief. He fired off a scoreless fifth and sixth inning, striking out…