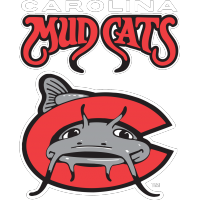 MYRTLE BEACH – Jace Avina went 2-for-5 with a two-run single in the ninth and Robert Moore had a RBI single in the sixth, but the Carolina Mudcats ended up on the wrong side of a lopsided 10-3 loss to the Myrtle Beach Pelicans on Friday night at Pelicans Ballpark in Myrtle Beach.

The Mudcats (33-30, 67-62) totaled 12 hits, but scored just three runs while losing their third straight game. The Pelicans (31-32, 78-51) slightly outhit the Mudcats with 14 hits in the game, but also scored 10 runs while taking a 3-0 lead in the five-game set. Starter Didier Vargas picked up the win after holding Carolina scoreless over five full innings. Vargas (2-2) did not issue a walk and struck out eight.

The Pelicans scored at least one run in each of the first five innings while building a 9-0 lead before the sixth. They had also built a 6-0 over the first two innings with three-run home runs from Hayden McGeary and Juan Mora in the first and second respectively.

Both early homers were hit off starter Alexander Vallecillo and were just two of six hits allowed by the Carolina starter. In all, Vallecillo (1-3) allowed seven runs on six hits, while also walking two and striking out two over two and 2/3 innings.

Reliever Jeison Pena followed Vallecillo and went on to allow just one run over an inning and 1/3 while pitching the rest of the third and all of the fourth. Carolina then turned things over to Yujanyer Herrera who pitched through four innings with two runs, six hits, a walk and a strikeout. Herrera also gave up a solo home run to Ezequiel Pagan to start the Myrtle Beach eighth.

Carolina later rallied for two, two-out runs with four two-out hits, but would go on to leave the bases loaded while losing their third straight to the Pelicans 10-3. Jose Sibrian, Jheremy Vargas, Avina, and Eric Brown Jr. each had hits in the final frame, with Avina’s hit being a two-run single.