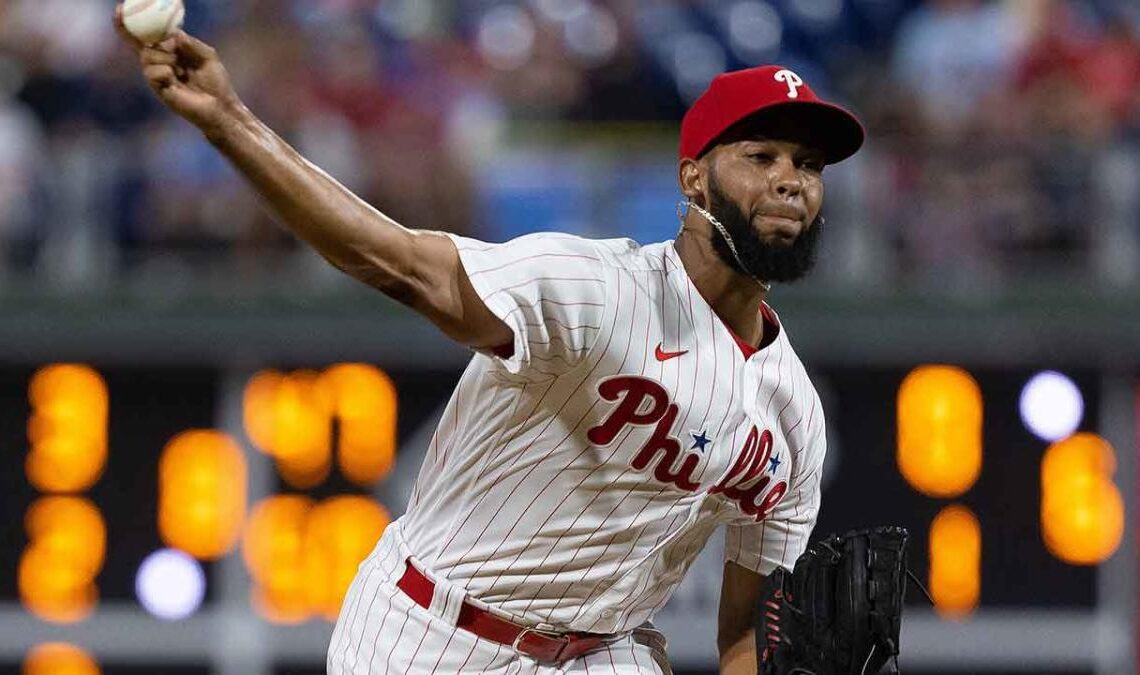 Phillies will get their closer back Sunday, two others not far behind originally appeared on NBC Sports Philadelphia

Help is coming to the Phillies‘ bullpen.

Closer Seranthony Dominguez will be activated from the injured list before Sunday’s game against the Washington Nationals, manager Rob Thomson said after Friday night’s game.

Dominguez has not pitched in the majors since August 17. He was placed on the injured list several days later with right triceps tendinitis.

Dominguez pitched an inning on minor-league rehab for Triple A Lehigh Valley on Thursday night. He walked one and struck out two. His fastball reached 100 mph.

David Robertson has handled much of the Phillies’ closing duty while Dominguez has been down. Robertson has struggled recently and shown some signs of fatigue. The entire Phillies bullpen has carried a heavy load lately so getting Dominguez back will be a boost. The right-hander has a 1.64 ERA and nine saves in 46 games this season. He has allowed just 26 hits while striking out 54 in 44 innings.

Dominguez is just one pitcher who could be returning to active duty in the coming week. Zach Eflin pitched two innings for Lehigh Valley on Friday night. He gave up a solo homer and struck out three. He likely will require at least one more outing in the minors but could be back to help out of the bullpen soon. He has not pitched in the majors since June 25 because of right knee soreness.

Zack Wheeler is scheduled to throw a light bullpen session on Saturday. That would be followed by another early next week. If all goes well, he could be in play late next week.