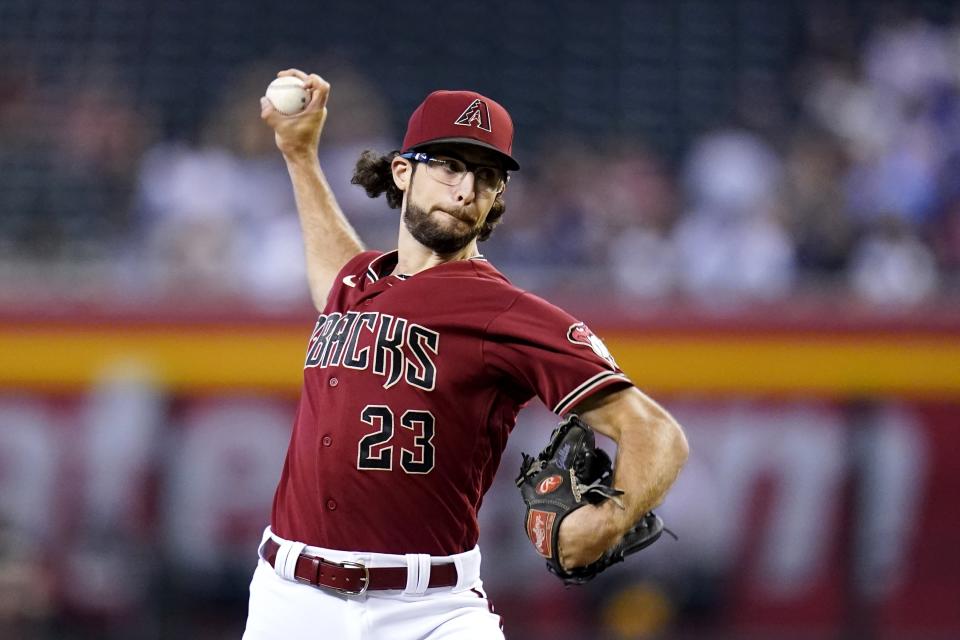 It might be a September of statistical chases in MLB. Aaron Judge is gunning for 61 homers, Albert Pujols looks set to challenge 700 career home runs and Paul Goldschmidt is taking aim at the Triple Crown. Now we have to add Arizona Diamondbacks pitcher Zac Gallen to the list. His target? Orel Hershiser’s scoreless streak, 59 innings.

The 27-year-old Gallen hasn’t allowed a run in 41 1/3 innings, which is already the eighth-longest streak since 1920 (the live ball era). With one more scoreless start, he could easily leap up to the third-best streak in modern baseball history.

Gallen is set to take the mound again Sunday at Coors Field, which sounds like a daunting challenge for a scoreless streak but he already blanked the Colorado Rockies there for seven innings on Aug. 13, the second game of the six so far in his tremendous run.

Here’s what you need to know to follow Gallen’s record chase as it climbs into rarefied air.

Who is Zac Gallen?

A right-hander with an impressive mane and rec specs, Gallen is staking his claim as a budding ace. Gallen isn’t exactly new on the scene — he finished ninth in Cy Young voting in 2020 — but the Diamondbacks’ lack of contention and an injury-marred 2021 might have obscured his rising star.

A third-round pick out of the University of North Carolina in 2016, he was involved in two major trades before he lost rookie eligibility. First, he went from the St. Louis Cardinals organization to the Miami Marlins in the Marcell Ozuna deal that also netted the Marlins likely Cy Young winner Sandy Alcantara. After just seven excellent starts in the big leagues, pitching-rich Miami flipped him to Arizona in an eyebrow-raising challenge trade for shortstop Jazz Chisholm Jr.

Along with Merrill Kelly, Gallen could form the core of the rotation for the next good Diamondbacks team, which might take the field as soon as next season thanks to a wave of prospects rising out of a talented farm system.

Did this streak come out of nowhere?

No, Gallen has been very good from the jump despite a relative lack of prospect pedigree.

His 3.08 career ERA in 426 innings since debuting in 2019, adjusted for park and the league offensive environment, comes out to a 138 ERA+. Only eight pitchers with at least 300 innings have bested…