Aaron Judge is carrying the 2022 Yankees. Here are 61 reasons why he must stay in New York. 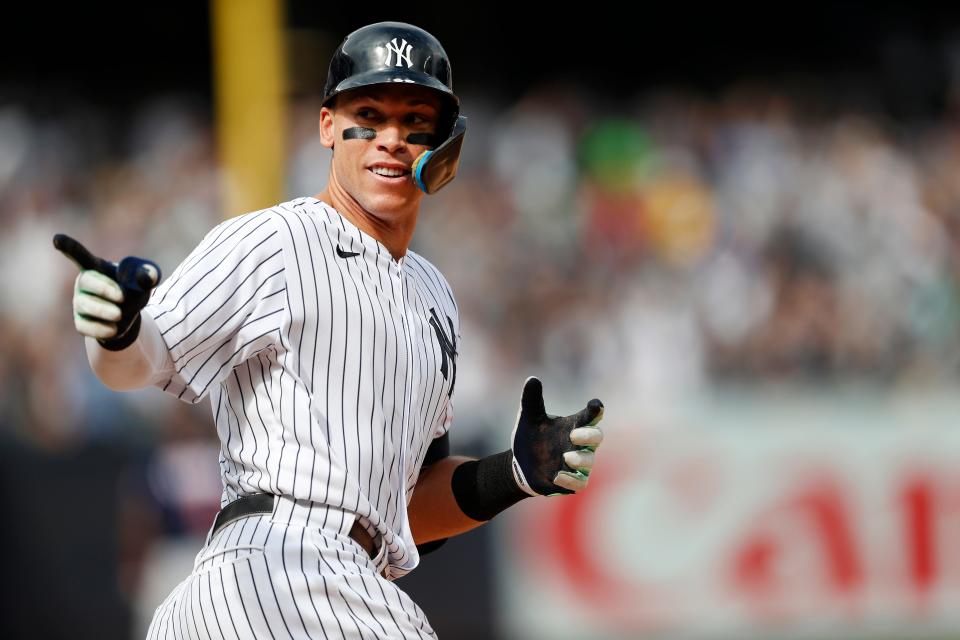 NEW YORK – Back in late March, legions of Yankees fans and scores of media outlets wondered how Aaron Judge could turn down a $213.5 million contract extension.

By November, Judge will be ready to cash in on his sensational wager.

How high will the bidding go, and could the Yankees really let their Face of the Franchise walk away?

As Judge, currently with 55 homers, moves toward Roger Maris’ famous single-season Yankees record for home runs, here are 61 reasons why he should remain in pinstripes – in no particular order:

Whatever the price is, the Yankees can pay it. When they declare no one will outbid them, they follow through. This should be one of those times.

Once secured to a long-term deal, the Yankees can officially grant him the prestigious title of team captain, their first since Derek Jeter.

Not to be morbid, but there are only four monuments to Yankees players in Monument Park.

At this rate, no one else will wear Judge’s No. 99 again. If he stays a Yankee, there’s almost a certainty that his number is retired.

YANKEES: Aaron Judge’s AL MVP-caliber season is Ruthian in its own right

Giving back has always been important to Judge, and a New York base provides more opportunities to expand.

7. A chance at multiple titles

OK, this hasn’t happened in a while. But there’s more reason to expect those results if Judge stays on a club with one of the game’s highest payrolls.

No other team can match the iconic look of the Yankees uniform. Can you even picture Judge in, say, San Diego Padres green?

Versus any other boulevard in North America, there’s no contest.

The New York Metropolitan area offers the best of everything. A great place for newlyweds, like Judge and his wife, to raise a family.

Judge has his own brand. And that brand is just better as a Yankee.

Not since Jeter has there been a Yankee so popular with their youngest fans, who fill the stands wearing his No. 99. That should mean something to management.