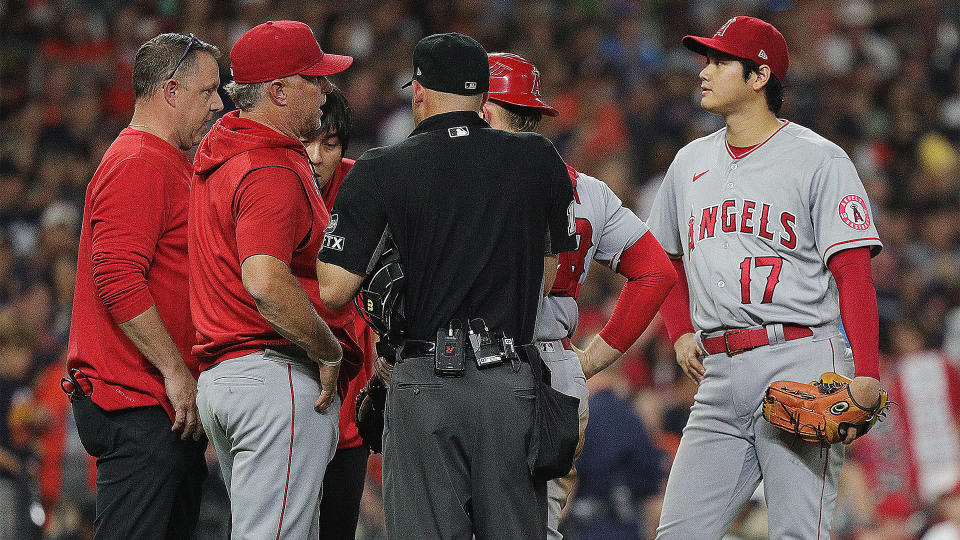 As Ohtani was warming up to start the sixth, he motioned to the dugout. Interim manager Phil Nevin and a trainer came out to check on him. After conversing for several minutes, Ohtani walked off and was replaced by Jimmy Herget.

Ohtani yielded one run on six hits with seven strikeouts. The right-hander has allowed three or fewer runs in eight straight starts.

Ohtani remained in to hit to start the seventh.