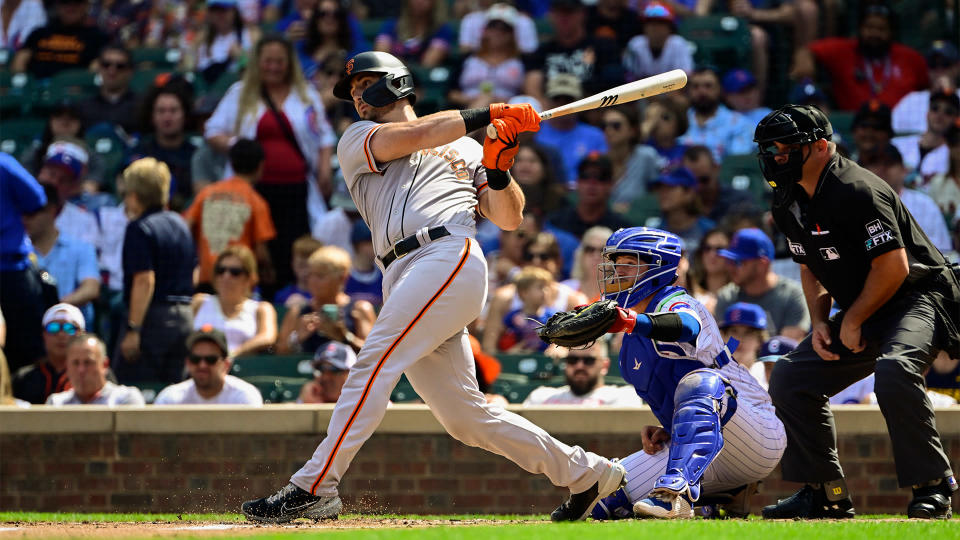 It’s been a down year for San Francisco, well out of contention in the NL West. But youngsters such as Bart and Villar, both 25, might be providing a glimpse of a brighter future that’s not-so-distant.

“Just trying to get good pitches and put a barrel on them,” said Bart, who singled in the ninth to finish with three hits. “There’s a lot of stuff out here to get caught up in and you’ve just got to stay focused on what’s going to make you better, and that’s what I’m trying to do.”

Bart has tried to pass that along to Villar, who’s come up with him in the Giants system.

“Him as a player is a real threat to the ball,” Bart said. “If he turns it on the barrel, it’s going to go. It’s been a blast to watch him.”

Logan Webb (13-8) allowed two runs on six hits over seven innings, while striking out six and walking none.

The 25-year-old right-hander retired 17 of his last 19 hitters, and extended his career highs for wins and innings pitched.

“Logan Webb’s a star,” Kapler said. “He’s one of the best pitchers in baseball. He’s got a big personality. He’s got a great smile. He’s charismatic and interesting. There’s a ton to love about Logan Webb.”

And Webb’s soaking in the Giants’ transition to younger players.

“You never really know what’s going to happen” Webb said. “They could go and sign 15 guys that are not from here, but it’s fun for me to see because I get to see guys get more comfortable, I guess.”

Joc Pederson doubled and singled for the Giants.

John Brebbia tossed a scoreless eighth. Camilo Doval worked around a leadoff single in the ninth for his 21st save.

Ian Happ doubled twice and drove in a run for the Cubs, who lost for the 10th time in 13 games. Alfonso Rivas tripled and singled.

Chicago starter Marcus Stroman (3-7) yielded four runs – all in the second – and seven hits over four innings. He had allowed one run in 12 innings in his previous two starts.

The Cubs took a 1-0 lead in the first on Happ’s RBI double.