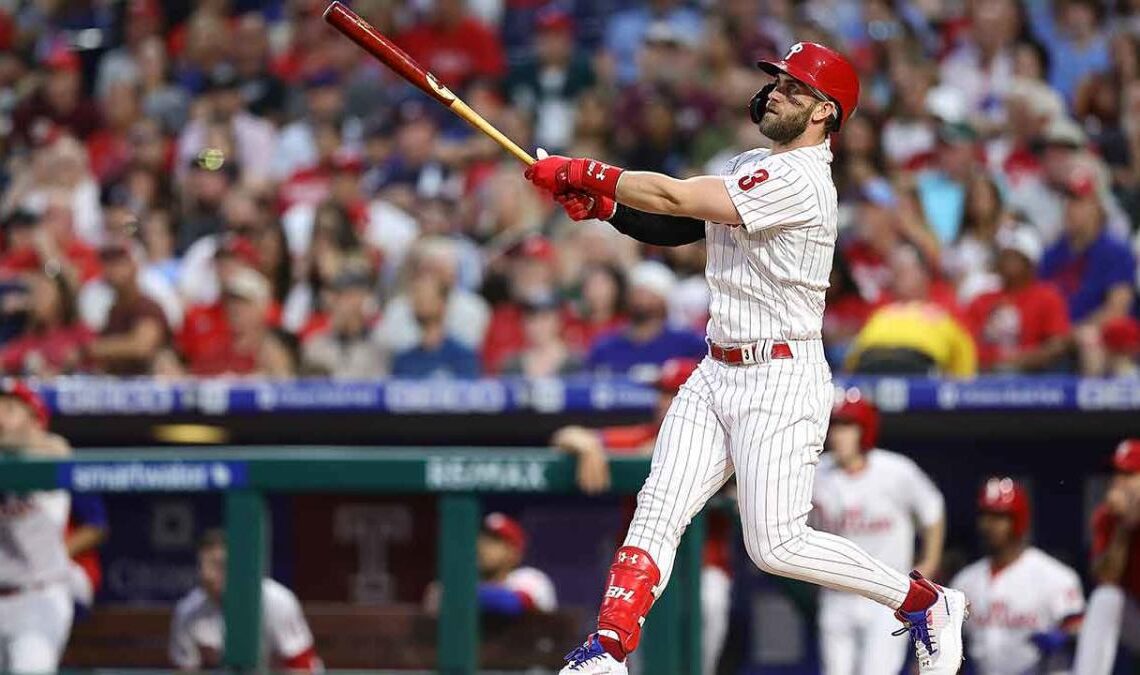 The Phillies fell behind early Saturday night but it didn’t last long against Erick Fedde and the Nationals’ major-league worst pitching staff.

Bryce Harper quickly tied the game in the bottom of the third inning with an opposite-field, two-run blast — one of four Phillies homers — and they went ahead for good the next inning thanks to Edmundo Sosa’s hustle.

With two outs and runners on the corners in the fourth, Sosa dove headfirst into first base to avoid a double play and put the Phillies ahead. The next batter, Brandon Marsh, laced a line drive off the top of the wall in right field and Sosa flew around the bags, scoring on another headfirst slide. It was an aggressive send by third base coach Dusty Wathan, who forced the Nationals to try to make a play they couldn’t.

“Sosa hustling down the line to beat out that double-play ball and then hustling on the double off the right-field wall, great send by Dusty again,” manager Rob Thomson said. “Just a really good offensive night.”

Harper has owned Fedde, his former high school and major-league teammate, going 10 for 19 with six homers and five walks.

“It was a great crowd tonight, they were electric,” Thomson said. “Harp can do that, he can get a crowd going with one swing.”

Sosa continues to provide energy for the Phillies in all phases. He entered the night 10 for 14 with seven extra-base hits in his last four starts and though he went hitless, he had another strong all-around game. Sosa is not eligible for free agency until 2027. At the very least, it looks like the Phillies have an inexpensive utilityman who’s a plus defender everywhere he plays and a non-zero at the plate.

Sosa started at third base for Alec Bohm, who is nursing a minor hip flexor injury but should be back in the lineup Sunday. It’s beneficial to have a strong defender at third base behind Ranger Suarez given how frequently right-handed hitters pull him. It paid off in the first inning when Sosa cut down Joey Meneses at the plate trying to score from third on a ground ball. Sosa was playing back and Meneses ran on contact but was well short of scoring.