Should this Arizona Diamondbacks Season be Considered a Success?

Locked on MLB - Who Owned Baseball, The Summer Score and the End of the Season

Shohei Ohtani's evolution as a pitcher continues to trend upward

Who's That Guy? 13 under-the-radar MLB stars who could turn into household names by the World Series

USSSA Pitch for the Cure Quarter Final 12u Softball Game 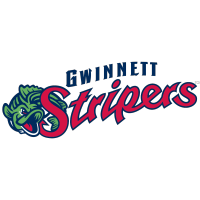 BUFFALO, N.Y. – Darius Vines pitched 5.0 innings of five-hit, one-run baseball for his first career Triple-A win as the Gwinnett Stripers (63-70) defeated the Buffalo Bisons (69-64) 4-1 on Saturday night at Sahlen Field. The Stripers have won back-to-back games for the first time since August 18-19.

Decisive Plays: Rylan Bannon snapped a 1-1 tie in the top of the third inning, lining a two-out RBI single to shallow right field to score Hernan Perez. In the sixth, Pat Valaika walked and Ryan Casteel followed with a mammoth two-run home run (16) down the left-field line for a 4-1 Stripers advantage.