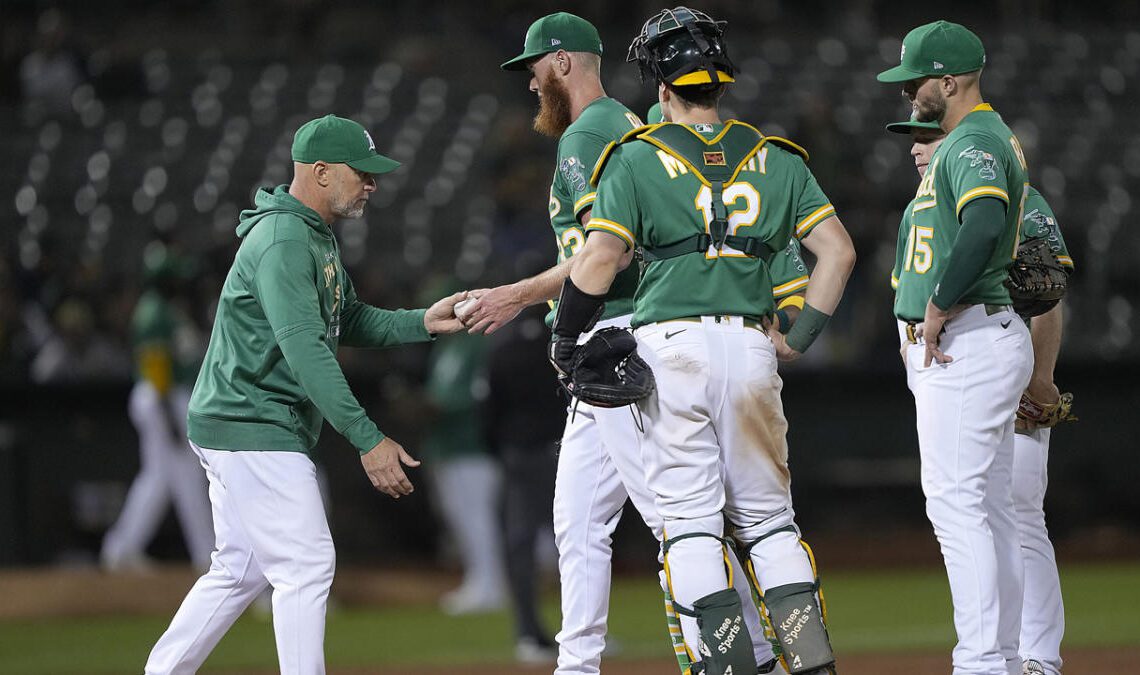 When the Athletics selected A.J. Puk with the No. 6 overall pick in the 2016 MLB Draft, they envisioned him as a dominant starter. Instead, he battled arm injuries during his first few professional seasons, forcing the 6-foot-7 lefty into a bullpen role, which he has excelled at this year.

But on Friday night, Puk had his worst outing of the 2022 MLB season and it cost the A’s in a 5-3 loss to the Chicago White Sox at the Oakland Coliseum.

The A’s had to scratch scheduled starter James Kaprielian before Friday’s game due to a lacerated finger. Austin Pruitt stepped in on short notice and pitched five no-hit innings to begin the game. Eloy Jimenez broke up the no-hitter against Joel Payamps in the seventh inning, but the A’s appeared to be in control of the game heading to the ninth inning.

Puk was entrusted to try to protect a three-run lead in the ninth, but he proceeded to give up four hits and five runs. He walked one and hit another batter in 2/3 of an inning.

“Not great command,” A’s manager Mark Kotsay told reporters after the game regarding Puk’s outing. “Kind of spraying it. And the at-bat where the game kind of turned was the 2-2 count to [Seby] Zavala and the spike fastball that hit him in the foot. Obviously, he’s not trying to throw it there and that at-bat kind of changed the outcome. He still had a chance to get out of the inning and left a couple pitches up, obviously the one to Elvis [Andrus] up in the zone.”

Andrus, who Oakland released on Aug. 17, delivered the game-winning two-run double to cap the five-run outburst for the White Sox.

“Elvis came through again for us, here in Oakland,” acting White Sox manager Miguel Cairo told reporters after the game. “Hopefully he can do it two more times.”

A change of scenery has done wonders for Andrus.

Kotsay doesn’t have any regrets about his using Puk in a save situation and hopes his young reliever can move on quickly from such a rough performance.

“He’s been in that role before and had success,” Kotsay told reporters. “If you look at his stat line, he’s having a great year. Tonight is a blemish on…