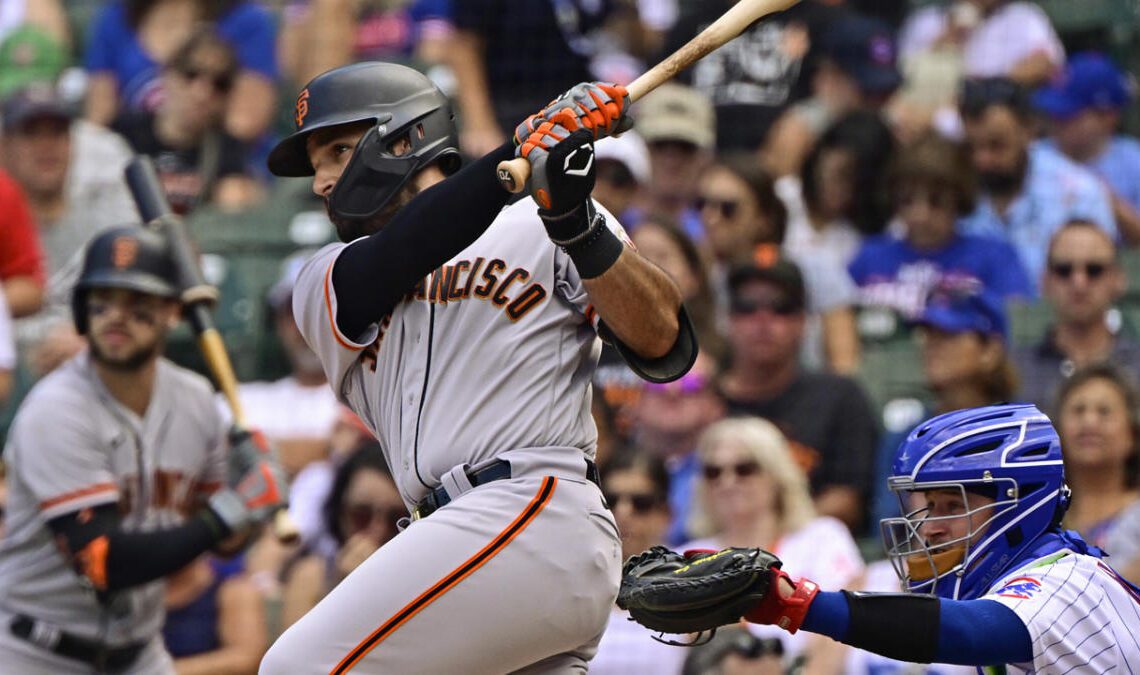 CHICAGO — As David Villar took grounders at second base an hour before the Giants’ game against the Chicago Cubs on Saturday at Wrigley Field, Gabe Kapler crouched down on the edge of the infield dirt. He took his phone out and started recording, checking every few seconds to see how the shot had turned out.

At first it appeared Kapler might have been examining a young infielder’s footwork or first step, but the longer he stayed in the crouch, the more it looked like the manager was trying to gather content for Instagram. Anyone who made that guess wouldn’t have been far off.

“I was more interested in the shoes he was wearing,” Kapler admitted after the game. “He had some cool purple Jordans on that I thought were really good. I thought they were good with the sweats that he had on.”

Kapler loved seeing them, and not just because he might own more pairs of shoes than anyone in the clubhouse. He wants the rookie infielder to show more confidence on the field, even if that comes off as swagger or cockiness.

“Don’t shrink,” was Kapler’s message to Villar. “Be yourself, let your personality emerge. I think the first time he came up he struggled with that a little bit and we talked about how important it is just to be you, be the same dude you were in Triple-A. That includes all your swag and all your confidence and even a little bit of cockiness. It’s totally fine. It’s going to be embraced.”

It’s a lot easier to do that when you’re contributing, and right now Villar is the hottest hitter in the lineup. His homer Saturday capped the scoring in a 5-2 win over the Chicago Cubs that was led nearly entirely by young players. That is, to put it bluntly, very rare around here.

Logan Webb threw seven strong innings to pick up his 13th win. Camilo Doval got his 21st save. The scoring came from Villar and Joey Bart, who homered in a four-run second inning. All four players are 25 years old.

In the grand scheme of things, that’s not particularly young given the way the game is going. Moving forward, the Giants will have to find a way past a San Diego Padres team that has two 23-year-old superstars in Fernando Tatis Jr. and Juan Soto. The frisky Arizona Diamondbacks are building around 22-year-old outfielders Corbin Carroll and Alek Thomas.

But for the Giants, 25 is young right now. It’s exciting. It’s a breath of fresh air for the oldest…