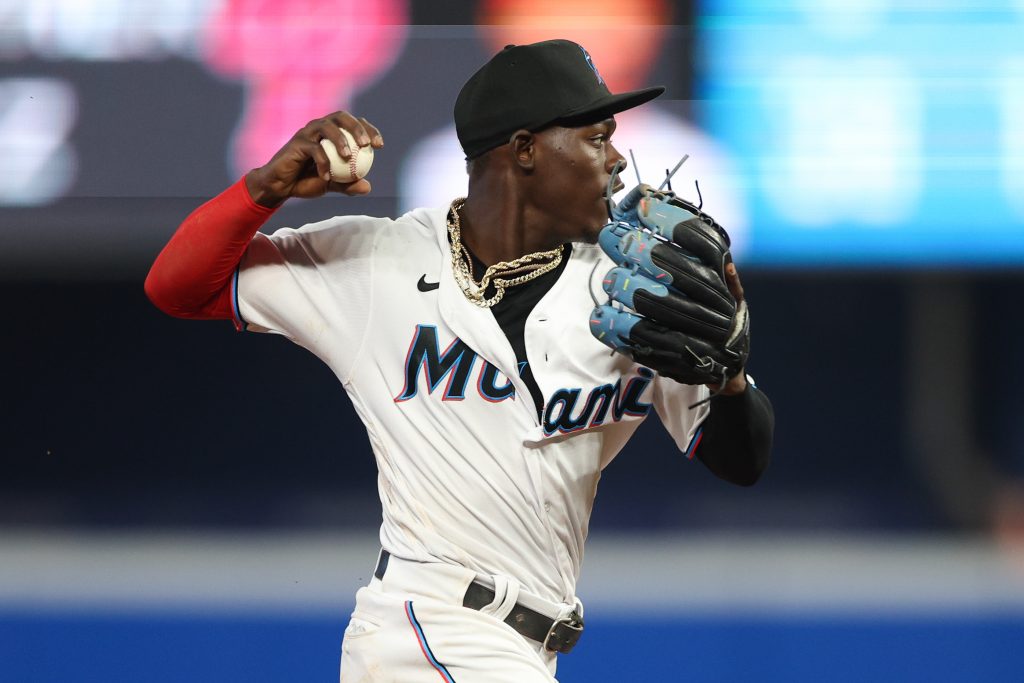 The 2022 season is officially over for Marlins second baseman Jazz Chisholm Jr., as MLB.com’s Christina De Nicola (Twitter link) reports that Chisholm is still rehabbing from a stress fracture in his back.  Chisholm hasn’t played since June 28 and is thus eligible to be activated off the 60-day injured list at any time.  There hasn’t been any type of setback in the second baseman’s recovery, and yet since the Marlins aren’t in contention, they opted to shut him down rather than bring Chisholm back for a few meaningless games.

Chisholm was initially placed on the IL with a strain in his lower back, though reports surfaced on July 22 that Chisholm was suffering from a stress fracture.  Given the initial six-week recovery timeline and the subsequent follow-up time needed for a minor league rehab assignment, it already seemed a little unlikely that Chisholm would take the field again this season.

Injuries have already been a recurring theme of Chisholm’s short career, as he spent time on the injured list last season due to a hamstring problem and a shoulder contusion.  Since making his MLB debut on September 1, 2020, Chisholm has played in only 205 big league games, though his performance in 2022 underlines why he was such a highly-touted prospect.

Chisholm’s first-half performance earned the 24-year-old his first All-Star selection, as he hit .254/.325/.535 with 14 home runs.  Between this strong offensive performance, excellent baserunning, and good defense (in the eyes of the Outs Above Average and Defensive Runs Saved metrics), Chisholm generated 2.5 fWAR over only 60 games played.

It speaks to Miami’s disappointing season that Chisholm is still second on the team in fWAR, behind only Sandy Alcantara’s 4.8 total.  The lack of punch throughout the lineup quite possibly might have kept the Marlins out of contention even if Chisholm has remained healthy, yet losing the second baseman ended whatever chance Miami might’ve had at a playoff berth.  The Marlins were 39-40 on July 5, but have since posted an 18-40 record.

If there is any plus side to be found, Chisholm is expected to be ready for the start of the 2023 campaign, so the Marlins can now proceed with one cornerstone tentatively in place.  Plenty of other decisions remain throughout the roster, of course, and the club might again be looking to move some young pitching in trades to acquire some offensive help.