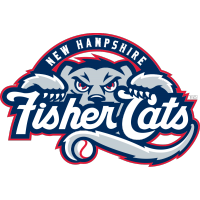 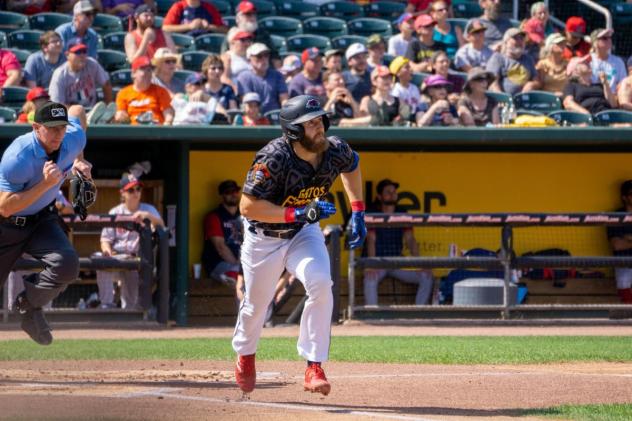 Reading, Pa. – The Toronto Blue Jays announced Saturday that infielder John Aiello has been promoted from the New Hampshire Fisher Cats to the Triple-A Buffalo Bisons.

From July 17 to September 29, Aiello reached base safely in 29 consecutive games, tying the longest on-base streak in the Eastern League this season (Gunnar Henderson, Bowie). The streak was also tied for the eighth longest in Fisher Cats history. In those 29 games, Aiello was 38-for-101 (.376) with eight doubles, four homers and 14 RBIs.

Atop Aiello’s highlight performances, he hit a walk-off homer in a 7-6 win over Richmond on August 4. He had 24 multi-hit games with New Hampshire, second to only Luis De Los Santos (25).

The Lansdale, Pa. native was selected by the Blue Jays in the 14th round of the 2018 MLB Draft out of Wake Forest University. This is the first time he has been promoted to Triple-A in his career.

In a corresponding move, outfielder Robert Robertis has been received from the Rookie FCL Blue Jays. The Fisher Cats roster is currently at 27 active players, one below the Eastern League limit.

The Fisher Cats continue their series against Reading tonight with first pitch at 6:45 p.m. They return home for their final homestand of the 2022 season on September 13 with first pitch at 6:35 p.m. against the Harrisburg Senators (Washington Nationals). Tickets can be found at NHFisherCats.com, via email at info@nhfishercats.com, over the phone at (603) 641-2005, or in-person at the Fisher Cats box office at 1 Line Drive in Manchester.