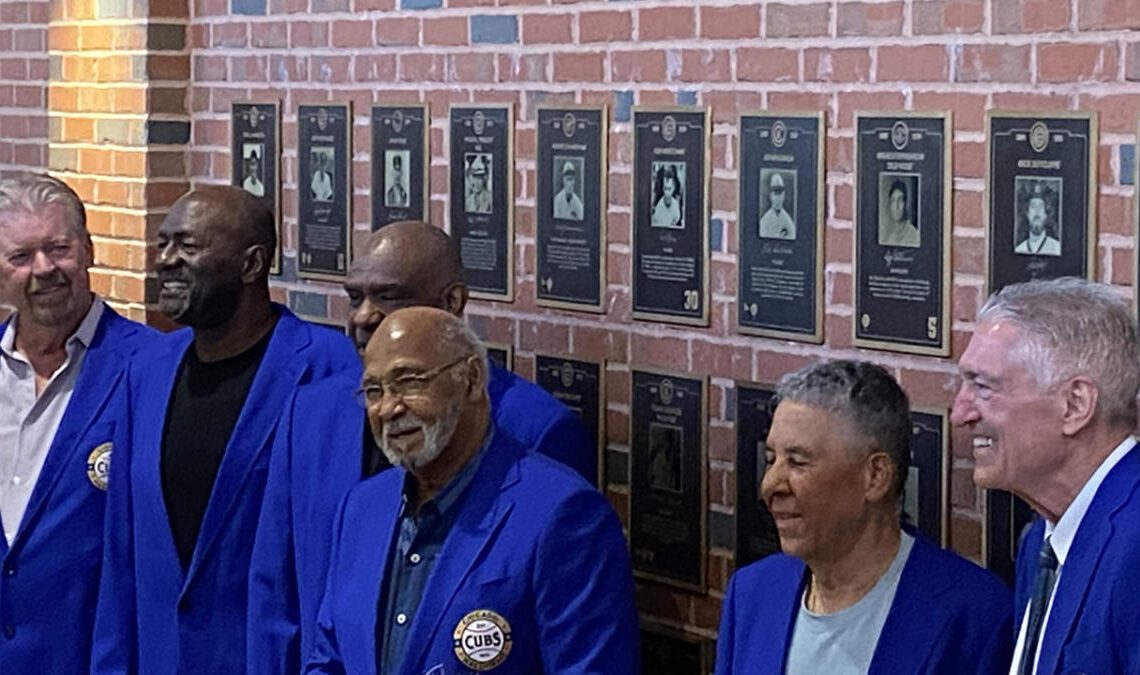 Former Cubs outfielder José Cardenal and broadcaster Pat Hughes were joined by a throng of former Cubs greats Saturday that included Billy Williams, Ryne Sandberg and Andre Dawson for a pregame induction ceremony for the Cubs Hall of Fame.

The only thing missing from this band of Cubs brothers and baseball rock stars was the actual rock star, Pearl Jam frontman Eddie Vedder, who has become a friend of his childhood baseball idol, Cardenal.

“He told me he wished he could be here,” said Cardenal, the Cubs’ 1972 player of the year.

“But he’s got a big show in Madison Square Garden today.”

We’ve all been there, right?

Vedder’s scheduling conflict certainly didn’t seem to dampen the mood for Cardenal, who learned of the selection to this year’s Cubs Hall class via a Zoom session that included Vedder and a Cubs official.

“When they told me they were going to induct me into the Cubs Hall of Fame I was stunned,” Cardenal said. “I couldn’t talk, I said nothing. I said, ‘Thank you.’ That’s it.”

Cardenal and Hughes joined a third member of the class, pioneering Negro Leagues player and manager Buck O’Neil, who was a scout and coach for the Cubs in the earliest days of MLB integration — and who was honored posthumously this summer with a long-overdue induction into the National Baseball Hall of Fame.

Hughes, who’s in his 22nd year in the Cubs booth (40th as an MLB broadcaster overall)  is the third Cubs broadcaster in the team’s Hall of Fame, alongside Jack Brickhouse and Harry Caray.

“To be bracketed with Harry Caray and Jack Brickhouse in the long and legendary history of the Cubs, I must have been doing something right,” Hughes said. “It’s very special.

“It’s an unbelievable honor, one that I will cherish for the rest of my life.”

The inductees were fitted for custom blue jackets to signify the honor. Under Hughes’ collar was inscribed his familiar home run call: “That ball’s got a chaaaance … GONE!”

Cardenal, who was not only Vedder’s favorite player but also former first lady Michelle Obamas, told a story about the beeline she made for him to give him a big hug when he joined the team for its White House visit after the 2016 championship.