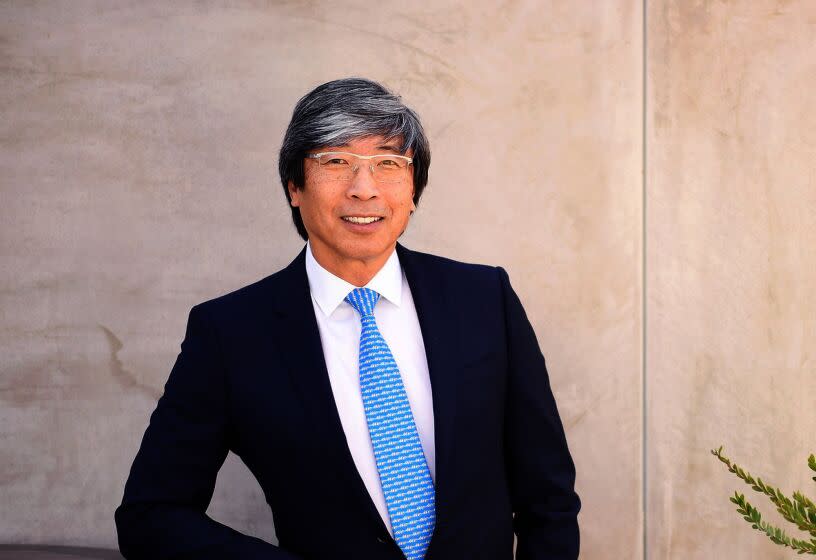 Dr. Patrick Soon-Shiong, the owner of the Los Angeles Times, is looking into whether to bid for the Angels.

Soon-Shiong tried to buy the Dodgers a decade ago, when he and partner Steven Cohen finished second in the bidding to Mark Walter and his Guggenheim Baseball partners. Soon-Shiong owns a minority share of the Lakers.

His net worth, according to Forbes: $6.9 billion.

The Angels are expected to sell for at least $2.5 billion, which would be a record for a Major League Baseball team. The sale process is not expected to heat up until the offseason, but Golden State Warriors owner Joe Lacob, investors from Japan and investors from Southern California are among parties considering whether to bid.

Soon-Shiong’s interest was confirmed by a person familiar with the process but not authorized to speak publicly about it.

Soon-Shiong told The Times he had no comment. Galatioto Sports Partners, the investment bank handling the sale, also declined to comment.

The Angels’ poor performance and declining attendance in recent years is not expected to dampen competitive bidding for one of the only two MLB franchises available in the second-largest media market in the league.

How you watch games in the long term may be uncertain — on your television, laptop, phone, watch or some yet-to-be-invented technology — but live sports reliably attract viewers. The owner of a baseball team has more of those live events to sell than the owner of a team in any other major sports league.

The owner of the Angels also could try to revive a deal to develop the land around Angel Stadium. Angels owner Arte Moreno had reached such a deal, under which he would have paid $150 million for the stadium and the parking lots that surround it, but the Anaheim City Council killed the deal after revelations that then-mayor Harry Sidhu was under federal investigation for public corruption.

It would not be unprecedented for the owner of a team to own a newspaper that covers the team. John Henry owns the Boston Red Sox and the Boston Globe.

In 2013, before Soon-Shiong bought The Times, Walter said he had explored whether to buy the newspaper.