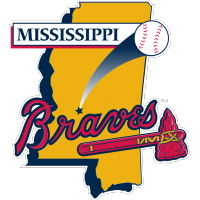 Biloxi went up 5-0 before Jalen Miller lined an RBI double into left center to make it 5-1. The double was Miller’s 22nd of the season. He is batting .237 with eight home runs and 44 RBI.

Justyn-Henry Malloy reached base twice, going 1-for-3 with a walk. He has reached base 14 times in the series with a double and seven walks.

RHP Kyle Wilcox pitched a scoreless inning of relief. He struck out two batters and left two runners stranded in the seventh. Wilcox has allowed just one run in 10 innings with the M-Braves.