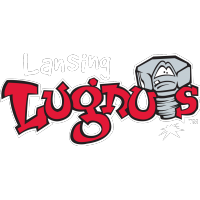 The early story was 2021 third-rounder Miller, the 6-foot-5 right-hander with the 102 mph fastball. The Nuts’ starting pitcher struck out Tyler Callihan and Rece Hinds in a perfect first inning, issued a leadoff walk before fanning Jose Torres and Michel Triana in a scoreless second, and then whiffed Steven Leyton, Michael Trautwein and Jay Allen II in order in the third.

Butler took over from there. After a single in a two-run first inning and a walk in the second, the first baseman drilled a 410-foot two-run homer in a three-run fourth to give the Nuts a 5-0 lead.

Dayton plated its first two runs in the top of the sixth off Jack Owen, but Butler responded with a rocket of an RBI double in a three-run home half.

Needing a triple for the cycle in the eighth inning, the Atlanta native instead turned on a Dennis Boatman pitch and slugged his second homer of the game out to right field.

Sahid Valenzuela, entering the game after leadoff hitter Cooper Bowman was hit by a pitch in the first inning, scored three runs and delivered an RBI single to supplement the offense, with Euribiel Ángeles and Brayan Buelvas each added two-hit games.