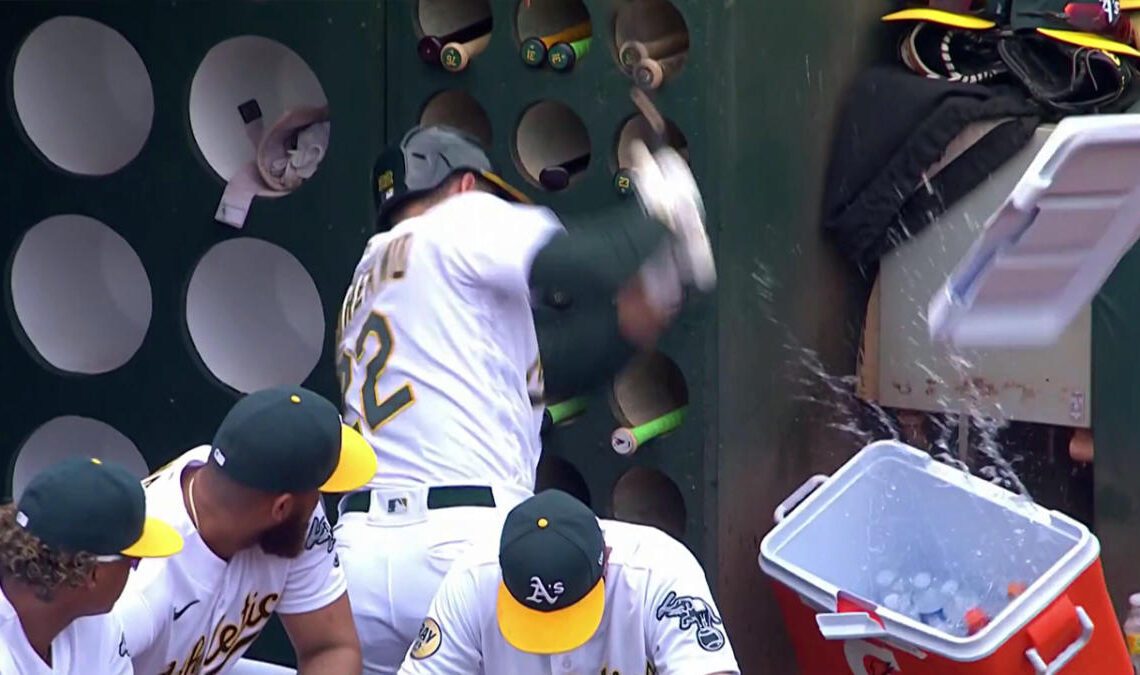 The struggles continue for the Athletics following their 10-2 loss to the Chicago White Sox on Saturday at the Oakland Coliseum.

Chicago is hammering A’s pitching during the series, scoring 29 runs and pounding out 48 hits in three games, adding salt to Oakland’s wound as they crawl to the finish of a forgettable 2022 MLB season.

Frustration appears to be setting in for some of the players on the squad. Rather than building momentum for the 2023 MLB season, Oakland lost their fifth in a row and nine of its last 10 games.

Ramón Laureano showed visible emotions, taking his bat and smashing a cooler after flying out with the bases loaded in the bottom of the fourth, failing to help the A’s close the deficit against the White Sox.

The outburst shown by the 28-year-old didn’t sit well with manager Mark Kotsay, who stated the frustration displayed by Laureano represents the individual and not the team.

“That’s an individual reacting to, I think, his frustrations,” Kotsay told reporters after the game. “Obviously, Ramón is a very passionate, emotional player, and I’ve had a talk with him about displaying that in our dugout. I’ll probably have another talk with him when I get back in there. It’s a tough dugout to let your frustrations go in. It’s pretty visible.

“There are other places to hide, speaking as a former player, to let your frustrations out in dugouts or locker rooms that are just off of them. So, unfortunately, the incident was caught. And respectfully for Ramón, I think he’ll talk about it and tell you how he’s feeling from his standpoint.”

Laureano recently came off the 10-day injured list after suffering a left oblique strain, and the outfielder has only one hit since returning to the A’s lineup on Sept. 6 against the Atlanta Braves.

Oakland will attempt to salvage one game in the series on Sunday. The team should be extra motivated, considering the franchise is retiring former pitcher and NBC Sports California A’s analyst Dave Stewart’s No. 34.

The A’s will send Cole Irvin to the mound to get the win. Meanwhile, the White Sox will go for the four-game sweep with Johnny Cueto…