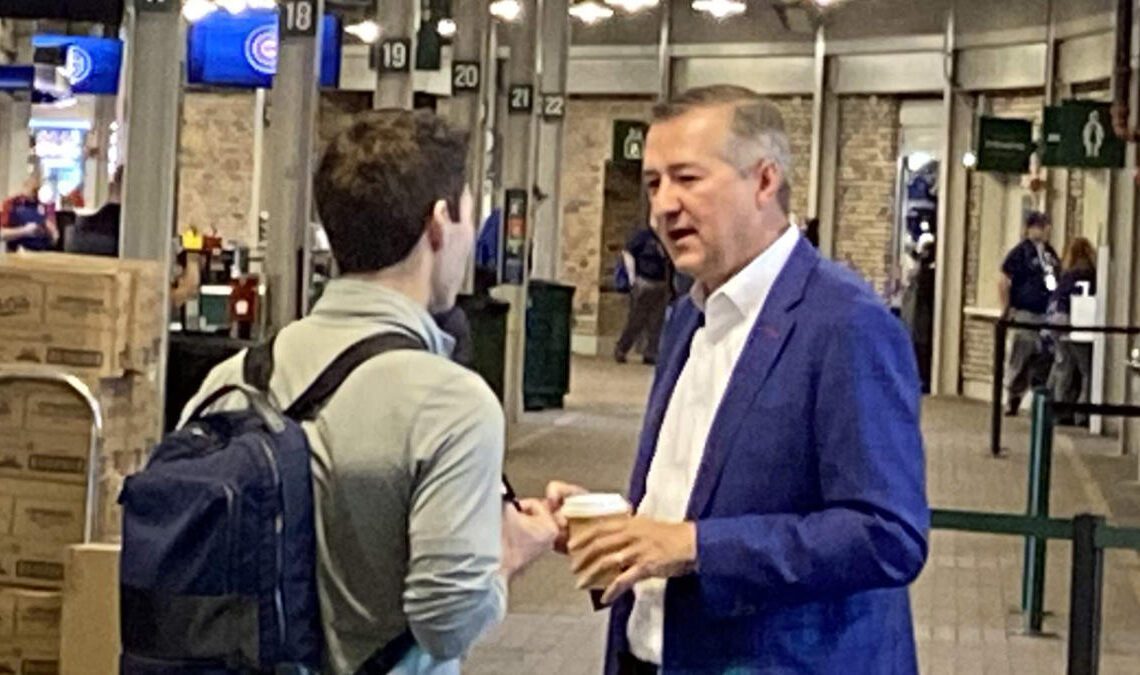 “Sitting here today I feel really great, honestly,” Ricketts said during a 10-minute chat with a few reporters on a Wrigley Field concourse before the Cubs’ 81st loss of the season Saturday.

It was a rare meeting with media this year for Ricketts, who last month issued prepared statements for two outlets seeking comment on the state of the team and its latest rebuild.

He rattled off several reasons for that “great” feeling about the team, including young big-leaguers establishing themselves, the look of promising minor-leaguers and getting results, finally, from a “pitching infrastructure” that has been overhauled multiple times since Theo Epstein and Jed Hoyer first took over baseball operations in the fall of 2011.

On the other hand, he offered precious few details on what recent promises about an “aggressive” offseason might look like this winter, about mistakes that might have been made along the way in that effort last time around to build “sustained success,” how long this second rebuild might take or even how much patience he has — at a time some of the fan base has made it clear they’re already running out of patience (see: Thursday’s attendance).

“Well, once you understand what you have to do, it’s not about patience or impatience; it’s really about just doing things the right way to build that core of players that will be part of the next great team and then supplementing them with the right free agents at the right time,” he said.

“So I’m extremely confident in our guys that we’re doing smart things, that we’ll build a great team in the future, and we just have to stay with it.”

Except for the part about a second straight losing season that’s on pace for an even worse, 94-loss finish than last year?

How big does that make this offseason, heading into next year? Is this the crossroads winter some of us think it is?

“Look, we’re starting to build that good young core,” Ricketts said in response to those exact questions. “I feel great about our team next year. I’ll led Jed decide how to put resources to work to get us back on top.”