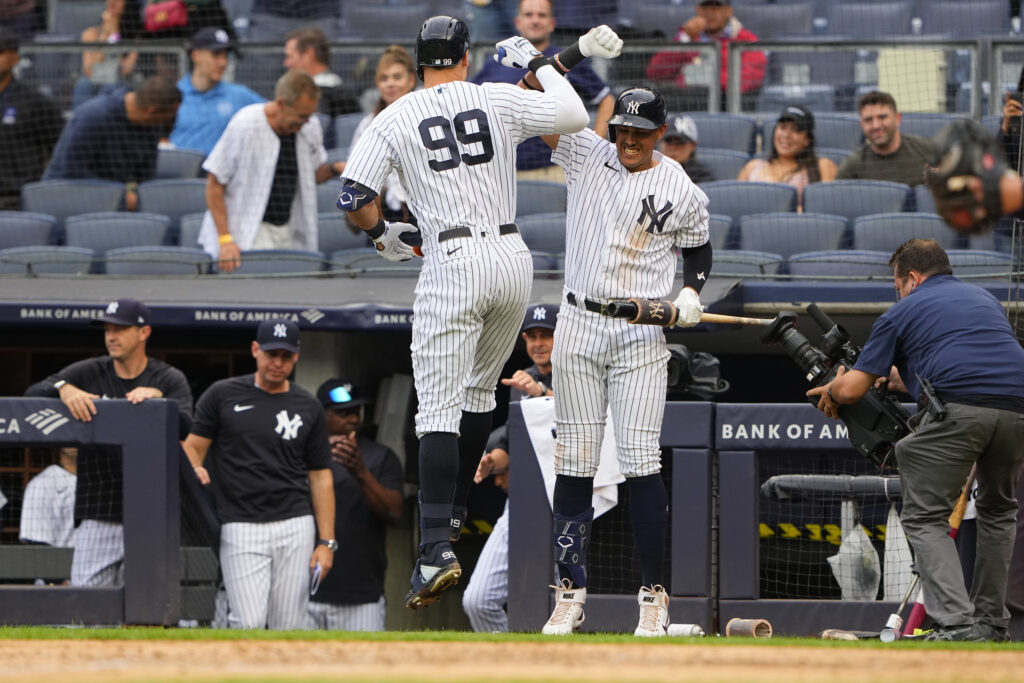 The Yankees have designated first baseman Ronald Guzmán for assignment, according to Guzmán himself, via Marly Rivera of ESPN. The corresponding move, or moves, aren’t yet known. Josh Donaldson, who was on paternity leave, is listed in the club’s lineup for today’s game, indicating he is returning to the roster today.

Guzmán, 27, was just selected to the roster a few days ago to give the Yanks another option at first base when Anthony Rizzo went on the injured list. Since then, the club also placed DJ LeMahieu on the IL, further depleting the depth chart at first. The start at that position has gone to Marwin Gonzalez in each of the past three games as well as today, indicating the Yankees are evidently satisfied enough with his performance to let Guzmán go. Guzmán got six plate appearances in his short time on the roster but went hitless while striking out in five of them.

Despite that poor showing in a very small sample, Guzmán was having a much better season prior to his call-up. In 90 Triple-A games this year, he’s hit 12 home runs while walking in 11.8% of his plate appearances, leading to a .260/.357/.466 batting line that amounts to a 119 wRC+. The strikeouts were present there as well, however, as he went down on strikes 27.6% of the time.

Since the trade deadline has passed, the Yankees will placed Guzmán on waivers in the coming days. He has over three years of MLB service time, meaning he would have the right to reject an outright assignment and elect free agency. Should any team decide to put in a claim, he can be retained for a further three seasons via arbitration.