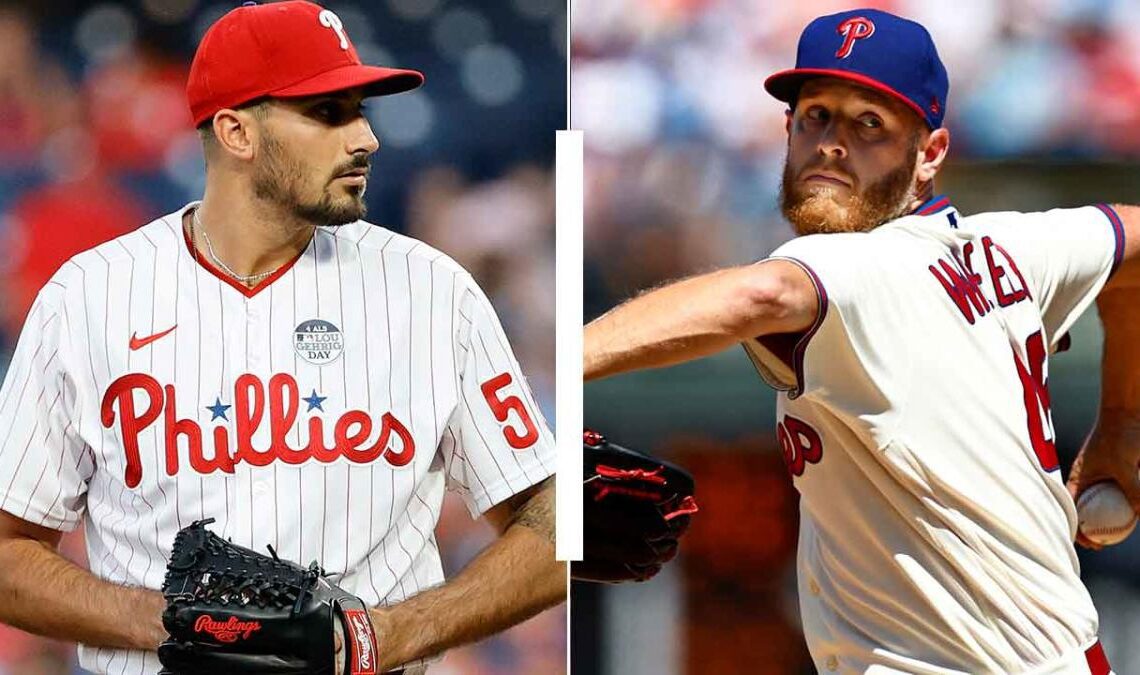 The Phillies have several tired arms with just 24 regular-season games to go, but the pitching staff is getting healthier.

Late-inning reliever Seranthony Dominguez will be activated Sunday and Zach Eflin is set to be reinstated from the injured list on Tuesday.

Eflin (knee soreness) began a rehab assignment Friday night with Triple A Lehigh Valley. He pitched two innings, struck out three, and the only hit he allowed was a home run.

Eflin’s velocity was between 92 and 94 mph and he felt “fantastic” this morning.

“Really good, I watched his performance today,” manager Rob Thomson said. “We’ll figure out activation on Tuesday. He’ll have a couple of days off and then we’ll go from there.”

The Phillies plan to use Eflin as a multi-inning reliever. He could be used as an opener. At least initially, Thomson does not want to use him in the middle of an inning with men on base because Eflin’s never been in that role.

“I think to start out with, he’ll be a guy that starts an inning, I wouldn’t bring him into a dirty inning,” Thomson said. “We’ll progress from there and see how he does. I know one thing, he can handle pressure, so that’s not going bother him.”

Wheeler won’t be back next week

Zack Wheeler is not as close to returning from a bout of forearm tendinitis. He threw a 15-pitch bullpen session Saturday that did not include breaking balls. “He spun the ball on flat ground but not off the mound,” Thomson said.

Wheeler will travel with the Phillies on next week’s road trip to Miami and Atlanta but he is unlikely to be activated before they return home to face the Blue Jays on September 20.

He will throw two more bullpen sessions, the first of which will be early next week.

“Either Monday or Tuesday he’ll throw another bullpen with a little more intensity and a few more pitches,” Thomson said.

Wheeler has not pitched since August 20. If he is able to return at the beginning of the next homestand, he’ll have missed five starts.

Nick Castellanos is dealing with an oblique strain and hasn’t progressed to hitting yet. He won’t until the pain subsides. He threw up to 120 feet Saturday and did outfield drills.

Alec Bohm was out of Saturday’s lineup but was available to pinch-hit and should return Sunday. He felt something in his hip flexor running to first base Friday night but it’s not regarded as a serious injury….