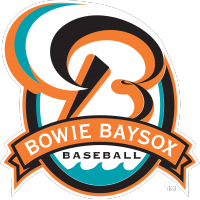 BOWIE, MD – Ninth inning troubles continued to plague the Baysox on Sunday as they dropped their series finale to the Richmond Flying Squirrels 9-6. Bowie trailed by four runs early before fighting back to tie the game at six, but Richmond plated three more runs in the ninth.

It was another strong opening by Grayson Rodriguez, as the top pitching prospect struck out five batters over two perfect innings to start. The third inning quickly fell out of hand as Rodriguez walked the first three batters, only reaching two strikes once. He nearly halted the Richmond charge by striking out the next two batters, but he allowed a two-RBI single to Brandon Martorano, and he was lifted from the game. Jake Prizina allowed two more inherited runners to score before he could collect the third out, and Bowie was down 4-0.

Bowie failed to plate any runners against starter Keaton Winn or reliever Ofelky Peralta, as the game moved into the seventh inning.

Location was an issue for John Gavin in relief, as he walked two batters and committed a balk to give Bowie their first run. Toby Welk lined a two-RBI double to left field to make it a one-run game, but he was left at third base to end the inning.

After two scoreless innings in relief to start his day, Adam Stauffer ran out of gas in the eighth inning, as Richmond collected two base hits and scored an insurance run on a wild pitch. Hector Perez was brought in to relieve Stauffer, and instantly allowed the other inherited runner to score.

In the bottom of the eighth against Chris Wright, Bowie scored a run on an error to get back within two runs, a wild pitch by Clay Helvey (W, 1-1) scored another run, and a fielder’s choice hit by Toby Welk tied the game at six, but Bowie again stranded a critical run at third base.

Perez (L, 0-3) flinched after two outs in the ninth inning, and allowed a go-ahead home run to Will Wilson, and failed to recover, as four more batters reached with two outs, scoring three runs. Bowie went down in order against Nick Avila (Sv, 3) in the ninth.

Bowie has lost seven of-their-last nine games, and fall to 65-67 on the season, and 38-25 in the second half. Bowie will conclude the regular season with a six-game series on the road against the Akron RubberDucks that begins on Tuesday. The first pitch is scheduled for 11:05 a.m.