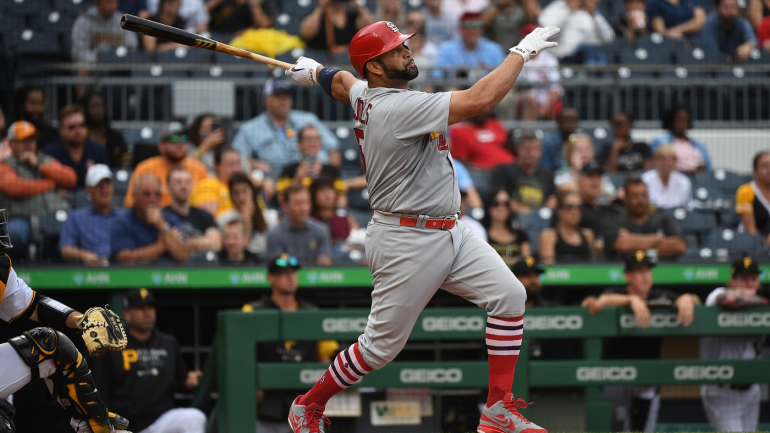 St. Louis Cardinals slugger Albert Pujols homered on Saturday to pull into a tie with Alex Rodriguez for fourth place on the all-time list. On Sunday, in the series finale against the Pirates, Pujols hit career home run No. 697 to pass Rodriguez and occupy fourth place all by himself.

St. Louis manager Oliver Marmol always has Pujols in the lineup against left-handers, and he’s usually the pinch-hitter of first resort when not in the lineup. If the Cardinals are able to clinch the NL Central with some schedule left to play — quite possible given their sizable lead over the Brewers — then Pujols would likely become an everyday presence in the lineup. That of course would give him additional chances to reach 700. Of course, given his power outputs in the second half, he may not even need those extra opportunities.