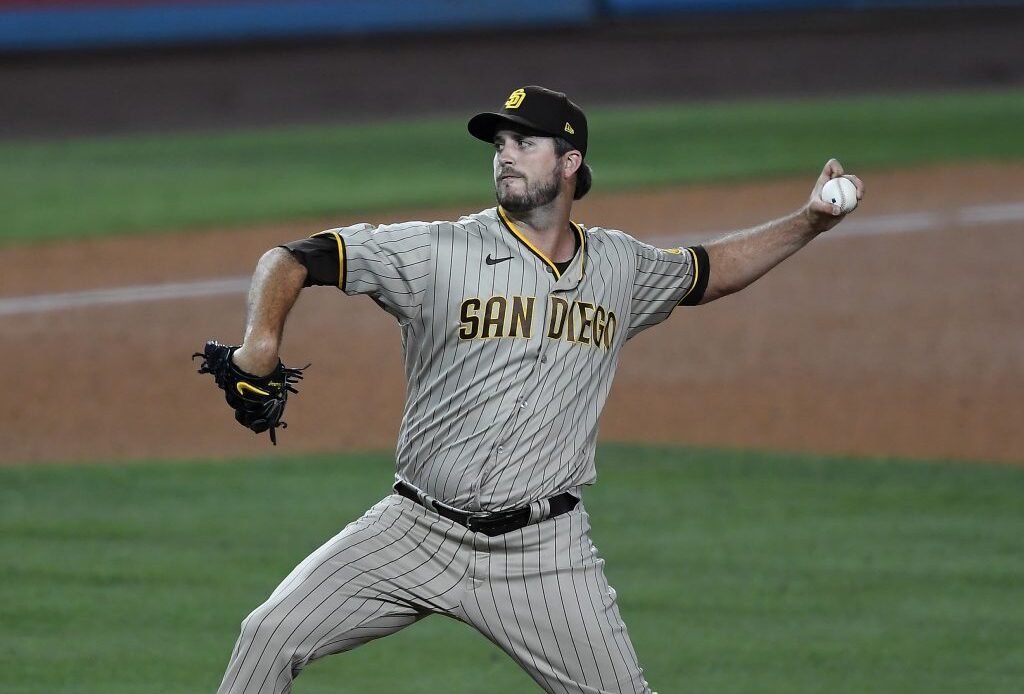 San Diego Padres reliever Drew Pomeranz’s 2022 season will almost certainly go down as a lost season, with Kevin Acee of the San Diego Union-Tribune (article link) reporting that the southpaw is continuing to experience discomfort in his left elbow. Acee adds that while a recent MRI shows no new structural damage, Padres manager Bob Melvin is pessimistic regarding the lefty’s chance of successfully rehabbing and making his 2022 debut.

Since signing a four-year, $34 million contract with the Padres prior to the 2020 season, Pomeranz has been a steady fixture in the bullpen, posting a sub-2 ERA with a handful of saves over 44 1/3 innings during the 2020 and 2021 seasons. However, Pomeranz underwent flexor tendon surgery in August 2021, finishing the season with a 1.75 ERA in 27 appearances, and was expected to return to the mound late this season. Nevertheless, continued soreness during rehab has led to stalled progress.

This is not the first time Pomeranz has lost most of a season to injury. He pitched only 74 innings (11 starts) in 2018 with bicep and forearm injuries. Additionally, in 2016 when the Padres traded Pomeranz to the Red Sox, Padres General Manager A.J. Preller was suspended 30 days for the improper handling of players’ medical files.

As for the Padres, they are currently in the thick of the NL Wild Card race with a 77-63 record – half a game behind the Phillies and three games ahead of the Brewers. Their bullpen has been solid, ranking 13th in ERA with a collective 3.80 and 12th in WHIP with a collective 1.23. The team attempted to address their slightly above-average bullpen at the trade deadline, in a more under-the-radar move compared to the Juan Soto trade, with the swap of Taylor Rogers and Dinelson Lamet for three-time National League Relief Pitcher of the Year Josh Hader. However, Hader has floundered since arriving in San Diego, with the usually dominant reliever posting a 13.50 ERA and 2.423 WHIP in 8 2/3 innings after the trade, resulting in the removal from his traditional closing role.

Nevertheless, the Padres still have control of Pomeranz for one more season. If he has a healthy and productive Spring Training, it would not be surprising to see Preller extend the southpaw with the Padres farm system considerably thinned out in recent years.