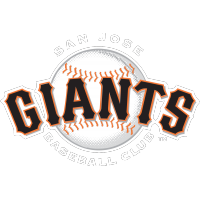 Fresno’s three-run rally in the top of the eighth inning sent the San Jose Giants to a 4-3 loss on Saturday night at Excite Ballpark. The Giants attempted their own late comeback, but left the potential tying run in scoring position in both the bottom of the eighth and ninth innings to suffer the narrow defeat. San Jose (74-57, 34-31 second half) has now dropped three of the first five games in the series with the regular season set to conclude on Sunday.

Joe Kemlage started on the mound for the Giants and had a masterful outing limiting the Grizzlies to one run over six innings pitched. Kemlage allowed only two hits, walked three and struck out four during his 86-pitch performance. The left-hander began his night with three hitless innings before Fresno’s Juan Guerrero smacked a solo home run in the top of the fourth to give the Grizzlies a 1-0 lead. Kemlage though bounced back with consecutive scoreless frames in the fifth and sixth and would retire the final eight batters he faced.

Meanwhile, San Jose rallied for a pair of runs in the bottom of the fourth to take their first lead of the contest. Diego Velasquez led off with a single before advancing to second on a wild pitch. Wyatt then stepped to the plate and blasted a double off the fence in deep right to score Velasquez with the tying run.

After Adrian Sugastey grounded out, Hilson singled to put runners on the corners and then a single to left from Yorlis Rodriguez brought home Wyatt for a 2-1 Giants lead.

The game would remain at 2-1 all the way until the eighth. Following Kemlage’s outstanding start, Yoniel Ramirez pitched a scoreless top of the seventh working around a leadoff walk. Ramirez returned to the mound in the eighth and ran into immediately trouble as Braxton Fulford led off with a double to put the tying run into scoring position. A strikeout of Yanquiel Fernandez followed for the first out of the inning. Willian Suarez was then brought into pitch, but the right-hander struggled as the first four batters he faced reached base safely. Following a walk to Jordan Beck, Guerrero singled to load the bases with one out. Starlin Thompson then produced an RBI single to…