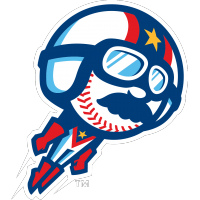 KANNAPOLIS, N.C. – In the final night game of the 2022 season, the Kannapolis Cannon Ballers fell victim to a late avalanche of offense from the Augusta GreenJackets, losing 9-1 Saturday night at Atrium Health Ballpark.

LHP Jose Jimenez tossed a great outing in his first and only start of 2022, striking out three in five shutout innings, walking two and allowing one hit. RHP Bowen Plagge (L, 3-5) struggled out of the bullpen, allowing five runs on four hits, walking one and striking out five.

Kannapolis opened the scoring in the bottom of the third inning, going ahead 1-0 on a Victor Torres solo home run to hand the Ballers their first and only lead of the night.

Augusta started their snowball of runs in the top of the sixth inning, getting two runs on an Ethan Workinger RBI triple and an E.J. Exposito RBI single, pushing the GreenJackets ahead 2-1.

Antonio Barranca kicked off a big seventh inning with an RBI double, scoring Francisco Floyd. Barranca and Ignacio Alvarez later scored in the inning on a throwing error from Plagge, putting Augusta ahead 5-1 after seven.

The eighth inning resulted in a quieter frame of offense for the GreenJackets, with a lone run scoring on a Stephen Paolini RBI double, thrusting Augusta ahead 6-1.

With a light rain falling from the sky, the ninth inning handed the GreenJackets three more runs, beginning with a Drake Baldwin RBI single. Workinger added yet another run on a single, with Barranca completing the night with a bases-loaded walk, completing Augusta’s offensive outburst with a 9-1 scoreline.

2022’s final game for the Kannapolis Cannon Ballers will take place on Sunday afternoon against the Augusta GreenJackets, with first pitch set for 1:00 p.m. RHP Jonathan Cannon gets the start for the Ballers, with Augusta sending out RHP Blake Burkhalter.

Fans can purchase tickets for Sunday’s game at kcballers.com or at the F&M Bank Box Office located at Atrium Health Ballpark.