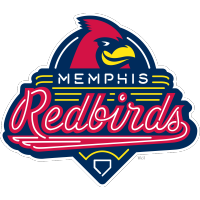 MEMPHIS, TN – The Memphis Redbirds could not keep up with the Norfolk Tides, dropping the series finale 9-2 on Sunday afternoon at AutoZone Park.

Memphis took a 1-0 lead on a Scott Hurst RBI double, but it was short lived, with Robert Neustrom doubling home two runs with two-outs the very next inning. In the fifth inning, Norfolk crossed another run on a sacrifice fly to make it 3-1, but back-to-back doubles from Delvin Perez and Kramer Robertson made it a one-run ballgame.

Norfolk got insurance in the eighth. After Dakota Hudson left the bases loaded, Genesis Cabrera got a strike out for the second out but a costly error on a ground ball allowed a run to cross and the inning to continue. Cadyn Grenier tallied a two-run single to give the Tides a 6-2 lead. The Tides tallied three more in the ninth.

Hudson (1-1) pitched into the eighth but was pulled after recording an out. He allowed six runs (three earned) on seven hits, walked three and struck out five. Bruce Zimmermann (5-2) earned the win after allowing two runs on five hits in six innings.