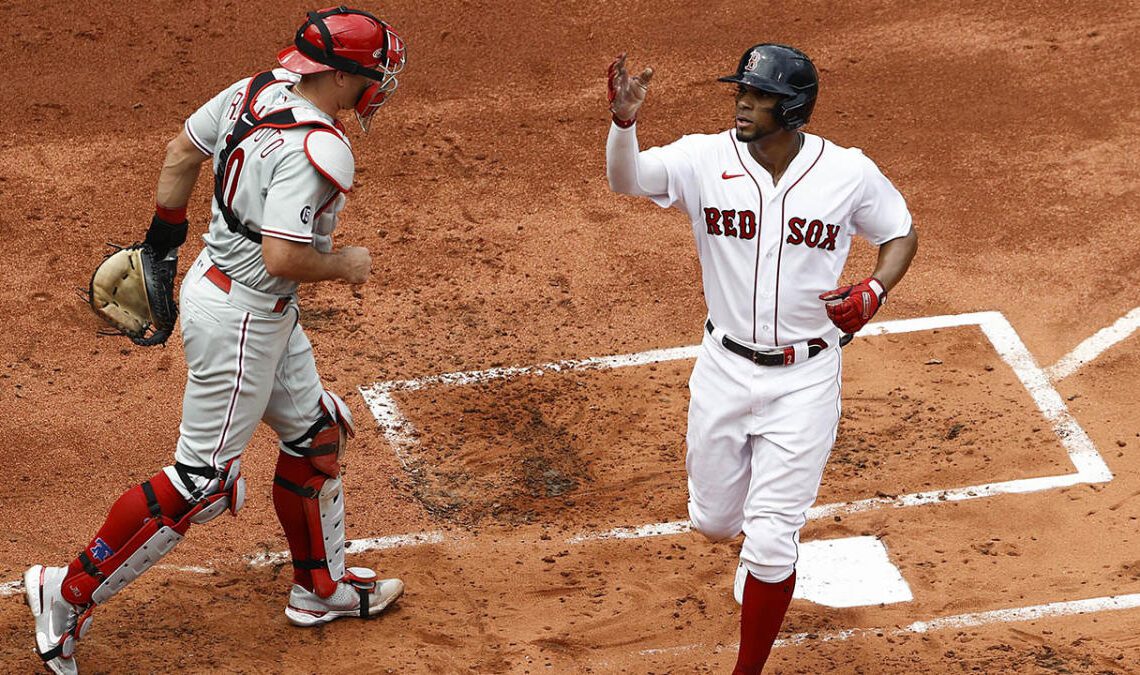 If Xander Bogaerts wants to leave the Boston Red Sox, it appears a familiar face could come calling.

Bogaerts is expected to opt out of his contract after the 2022 season and become a free agent. While he still could sign a new deal to stay in Boston, he’ll likely have other suitors — among them Dave Dombrowski’s Philadelphia Phillies.

The Phillies will be “eager suitors” of Bogaerts this winter if he hits the open market, The Boston Globe’s Pete Abraham reports.

Dombrowski was the Red Sox’ president of baseball operations when he signed Bogaerts to a six-year, $120 million contract in March 2019, and he hasn’t been shy about spending to build a contender.

So, it makes sense that Dombrowski would pursue Bogaerts in his role as Phillies president of baseball operations, especially since Bogaerts is still playing at a very high level: The 29-year-old is leading the American League in batting average at .318 with 13 home runs and 65 RBIs through 132 games.

Chaim Bloom and the Red Sox reportedly will attempt to “reignite” contract extension talks with Bogaerts after the season, and Bogaerts has expressed a desire to stay in Boston if possible.

If the Red Sox want to keep Bogaerts, though, it sounds like they’ll have to pay him significant money, as at least one other team will be waiting in the wings to acquire one of the best shortstops in baseball.