Rattlers Final Game of 2022 Rained Out 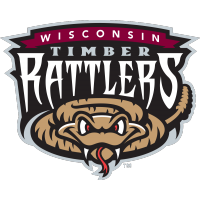 GRAND CHUTE, WI – Sunday’s season finale between the Wisconsin Timber Rattlers and the Beloit Sky Carp at Neuroscience Group Field at Fox Cities Stadium was rained out. Fans with tickets for Sunday’s rainout may exchange those tickets for any Timber Rattlers home game in April or May of 2023.

The last time an Appleton Professional Baseball team had the final game of the season rained out was in 1984. The Appleton Foxes had the final two games of that season scheduled against the Wausau Timbers at Goodland Field for September 1 and September 2. However, rain washed out both games.

Season tickets for next season are available by contacting the Wisconsin Timber Rattlers Ticket Office at (920) 733-4152 or in person at the ballpark from 9:00am to 5:00pm Monday through Friday.

Wisconsin is scheduled to open next season at Beloit on Friday, April 7. The 2023 home opener for the Timber Rattlers is set for Tuesday, April 11 against the Peoria Chiefs.