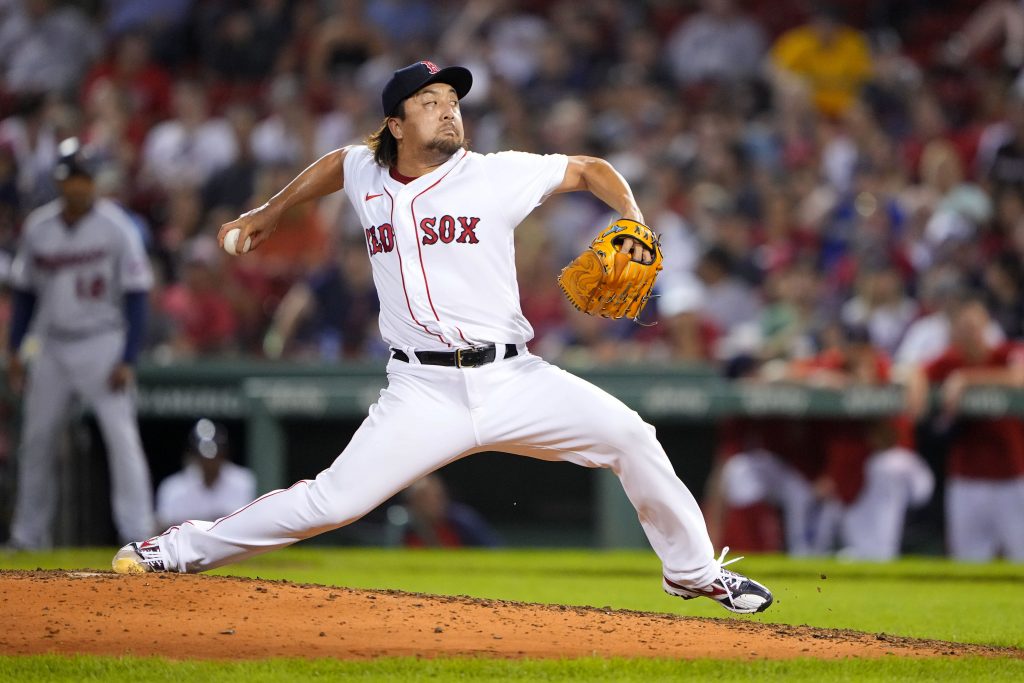 The Red Sox have released right-hander Hirokazu Sawamura, per Pete Abraham of the Boston Globe. Sawamura asked for his release to pursue other opportunities, according to Chris Cotillo of MassLive.

Sawamura, 34, pitched in Japan’s Nippon Professional Baseball for ten years before crossing the Pacific. He signed a two-year deal with the Red Sox prior to the 2021 season and had a solid debut that season. He threw 53 innings with a 3.06 ERA, 26.2% strikeout rate and 51.8% ground ball rate, though a very worrisome 13.7% walk rate.

His performance took a bit of a downward turn here in 2022, however, with his ERA jumping up to 3.73 and his strikeout rate dropping to 18.1%. He was designated for assignment in August, later clearing waivers and being outrighted to Triple-A.

Sawamura’s contract guaranteed him $3MM with a $1.2MM salary both last year and this year, as well as a $600K buyout on a club option for 2023. That club option came with $3MM base but a series of escalators based on the number of appearances Sawamura made. If the club declined their option, Sawamura would then have a player option that also had a value tied to appearances. He had already pitched enough to get the player option up to $1.9MM and would have made it an even $2MM with one more game before he was cut from the roster.

When Sawamura was outrighted, it was reported that the option was still active. However, Sawamura will collect the $1MM buyout and head to free agency instead. He only made a single appearance in Triple-A between the outright and today’s release.