Winston-Salem Sweeps DH over Brooklyn, Walk off in Season Finale 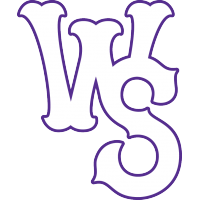 WINSTON-SALEM, N.C. – The Winston-Salem Dash swept a doubleheader over the Brooklyn Cyclones on the final day of the 2022 regular season.

Brooklyn got on the board first in the early game of the twin-bill. Alex Ramirez ripped a single in the top of the first, then advanced to third on an errant pickoff attempt. Jose Peroza promptly drove Ramirez in with a single, to give the Cyclones a 1-0 lead.

Winston-Salem battled back in the bottom of the first though, beginning with a one-out single from Alsander Womack. Ben Norman followed Womack with another single. Then, Colby Smelley pushed a groundball to shortstop, but a defensive miscue allowed all runners to reach base safely, and allowed Womack to cross the plate. During the next at-bat, Ben Norman stole third but the throw down caromed off the bag, and he alertly popped up and sprinted home to put the Dash ahead 2-1 after an inning.

After two quick outs in the top of the second, Juan Loyo and Matt Rudick both singled to put runners on the corners. Alex Ramirez worked the count full, before pushing a single past the second baseman Womack to score Loyo, and tie the game at two.

In the home half of the third, Womack worked a walk then Norman doubled, quickly putting two men in scoring position. Colby Smelley was able to capitalize, as he singled down the third base line to push Womack across. Then, Harvin Mendoza smoked a single back up the middle to drive Norman home, making it 4-2 Winston-Salem.

Joe Suozzi walked to begin the top of the fourth, then advanced to second on a fielder’s choice. Juan Loyo was able to deliver for Brooklyn, with an RBI single to cut the Dash advantage to 4-3.

However, Winston-Salem responded in the bottom of the inning. James Beard ripped a leadoff double, then Andy Atwood recorded a bunt single to push Beard to third base. Alsander Womack tapped into a 4-6-3 double play, but that was enough to push Beard to the plate and make it 5-3 Dash.

Brooklyn got a run back in the top of the fifth on a Suozzi RBI knock, but the combination of Skyler Arias and Luis Amaya combined to preserve a 5-4 Dash win in the first game of the doubleheader. Amaya got the save with Cooper Bradford earning the win, and Junior Santos taking the loss for Brooklyn.

In game two, Winston-Salem got on the board first in the home half of the third. Taishi Nakawake and Brandon Bossard both drew walks, before successfully executing a…