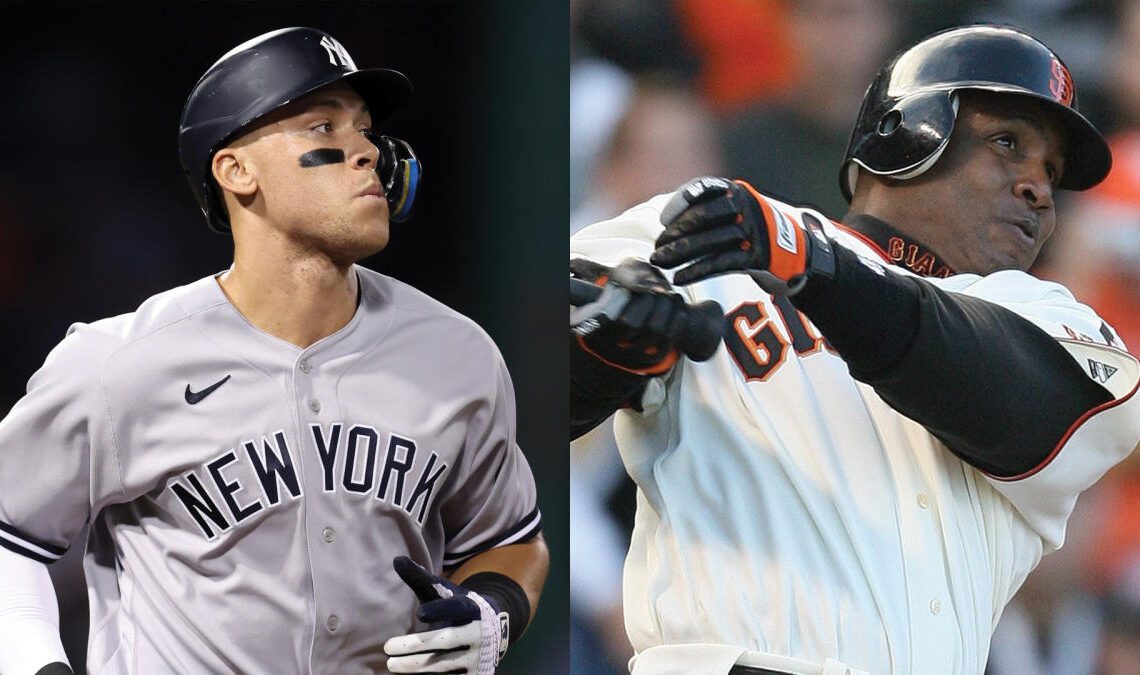 Although New York Yankees star Aaron Judge is on pace to make history this season, he still doesn’t consider himself a “home run king” of any kind.

To Judge, that title should be reserved for Giants legend Barry Bonds.

Judge has the opportunity to etch his name in MLB history this season as he is well on clobbering over 60 home runs. As it stands, the 30-year-old sits at 57, four behind Roger Maris’ record set in 1961.

That said, even though Judge will be making history himself, he still considers Bond’s 73 home runs in a season to be the record.

In 2001, the 36-year-old Bonds hit 73 home runs, three more than what Mark McGwire hit in 1998. All told, Bonds ended his career with 762, the most in MLB history, establishing him as the greatest slugger ever to play the game.

For context, the 30-year-old Judge has 215 career home runs in his first six full years in The Show, while Bonds had 142 in the same period.

Judge is the frontrunner to win AL MVP this season and is undoubtedly the biggest free agent on the market this offseason. With how Judge has been terrorizing opposing pitching this season, it makes sense why Athletics manager Mark Kotsay likens Judge to Bonds.

Considering the Giants are considered a “big threat” to sign Judge away from the Yankees, it would be more than fitting for the Bay Area native to play for the same team Bonds played for during his 22-year MLB career.