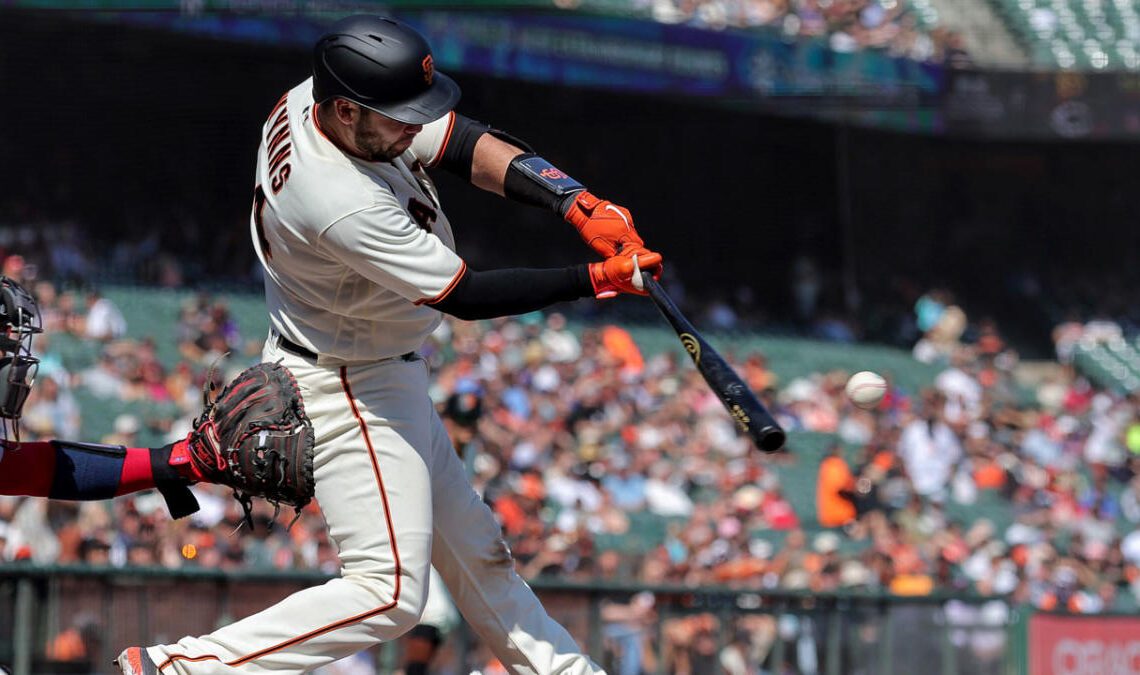 SAN FRANCISCO — When the Giants arrived in Atlanta on June 20, they never thought they would spend any part of the 2022 season playing spoiler.

They were nine games over .500 at the time but got walked off the first night, and the losing never really stopped. This September meeting at Oracle Park turned into three games between a team fighting desperately for an NL East title and one that has been eliminated from the postseason race for weeks.

The Giants are looking toward the future, but they still want to compete for nine innings every day. With a 4-1 win on Wednesday, they took a series that the Braves needed, helping a New York Mets club that has just a one-game lead in the East after threatening to run away with the division all summer.

The series-clincher came behind five more dominant innings from Carlos Rodón and a big day from Austin Wynns, who seems to like playing the Braves. Here are three things to know:

More Of The Same

The teams that have gotten to Rodón this year have run his pitch count up with foul balls, but that wasn’t Atlanta’s strategy on Wednesday. Rodón got the first two outs on two pitches and needed just seven pitches for a clean first. He needed just 71 pitches to get through five strong innings, and at that point, he gave way to the bullpen.

There was no immediate explanation, although the Giants certainly are trying to be careful with a player who has $100-plus million waiting for him.

Rodón allowed just two hits and one unearned run while striking out eight. The quick hook kept him from getting another double-digit game, but Rodón did move up a franchise list with the latest big day. He now has the fifth-most strikeouts in a season (220) by a Giants lefty. Rodón passed Madison Bumgarner‘s 2014 year (219 strikeouts in the regular season) but has a long way to go to catch the record of 251 set by Bumgarner in 2016.

John Brebbia set a career-high with his 67th appearance, but it started off with some brutal luck. Eddie Rosario reached on a swinging bunt and Robbie Grossman hit a fly ball to left that had a hit probability of five percent but dropped in front of Thairo Estrada. In a tight spot, Brebbia did what he often does.

The righty struck out Ronald Acuña Jr. and then got Dansby Swanson to fly out to center to end the…