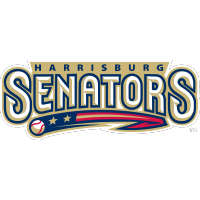 The Harrisburg Senators took a 3-1 lead in the third inning but couldn’t hold on to it and fell to New Hampshire 6-4 Wednesday night at Delta Dental Stadium in Manchester, NH. Wilson Garcia hit a two-run home run to cap a three-run third inning turning a 1-0 deficit into a 3-1 Senators win. New Hampshire, though, rallied to score five runs over four innings with all the runs coming on home runs. The Fisher Cats hit four home runs in the game.

Garcia had an RBI double to go with his three-run home run. Darren Baker had two hits including a double. Robert Hassell III had an RBI single in the third inning. Cole Daily doubled and scored a run in his first 2022 Senators appearance.

New Hampshire has won the first two games of the final series of the season.