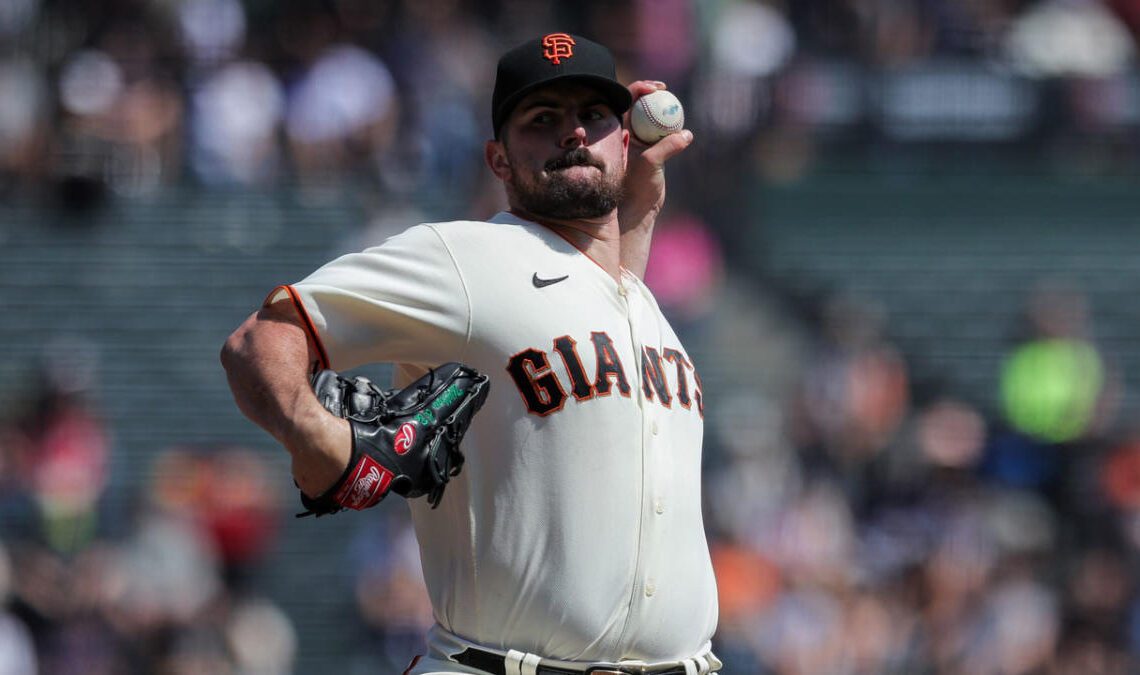 Rodón making run at NL Cy Young award, but has other goal in mind originally appeared on NBC Sports Bayarea

SAN FRANCISCO — Carlos Rodón threw a no-hitter for the Chicago White Sox last April, and when his friend and former teammate Dylan Cease took his own bid through 26 outs earlier this month, Rodón was watching. A few days later, he took a shot at predicting one of the more unpredictable feats in the sport.

The near-no-hitter vaulted Cease, a 26-year-old right-hander who was the biggest snub in All-Star selections, into the lead pack for the American League Cy Young award. With Houston’s Justin Verlander and Tampa Bay’s Shane McClanahan both on the IL, Cease could win the award with a huge September. In the National League, his friend is making a quiet run of his own.

The only thing that could slow Rodón in Wednesday’s 4-1 win over the Atlanta Braves was a blister and cracked nail, an annoyance he has dealt with off and on throughout the season. Given their position, the Giants chose caution, pulling Rodón after five innings and just 71 pitches.

That was enough time for him, though, to get eight more strikeouts, pushing him to 220 for the season. Rodón walked off the mound with the National League lead, but his resume goes far beyond punchouts.

Rodón lowered his ERA to 2.84, which ranks sixth in the National League. His FIP — an advanced stat that strips out poor defense and is becoming a go-to for voters — is down to 2.27, just edging former Giants ace Kevin Gausman atop the MLB leaderboard. Rodón leads National League pitchers in FanGraphs’ version of Wins Above Replacement, as well.

Rodón finished fifth in American League Cy Young voting last year, and by any measure, he’s more than deserving of finishing at least that high in the National League this season. To actually win it, though, he’ll need some help.

Miami’s Sandy Alcantara has been the frontrunner all season long, and while his numbers have dipped in recent weeks, he still has a 2.43 ERA and an overwhelming lead in innings, the category that hurt Rodón’s push last year and could again this season. With five innings Wednesday, Rodón reached 167 2/3 for the season, a career-high. It is an accomplishment to be proud of, particularly after the way a shoulder injury depressed Rodón’s market in the offseason, but he trails Alcantara by 36 innings.

All else being equal, or close to it, voters tend to reward the pitchers who…