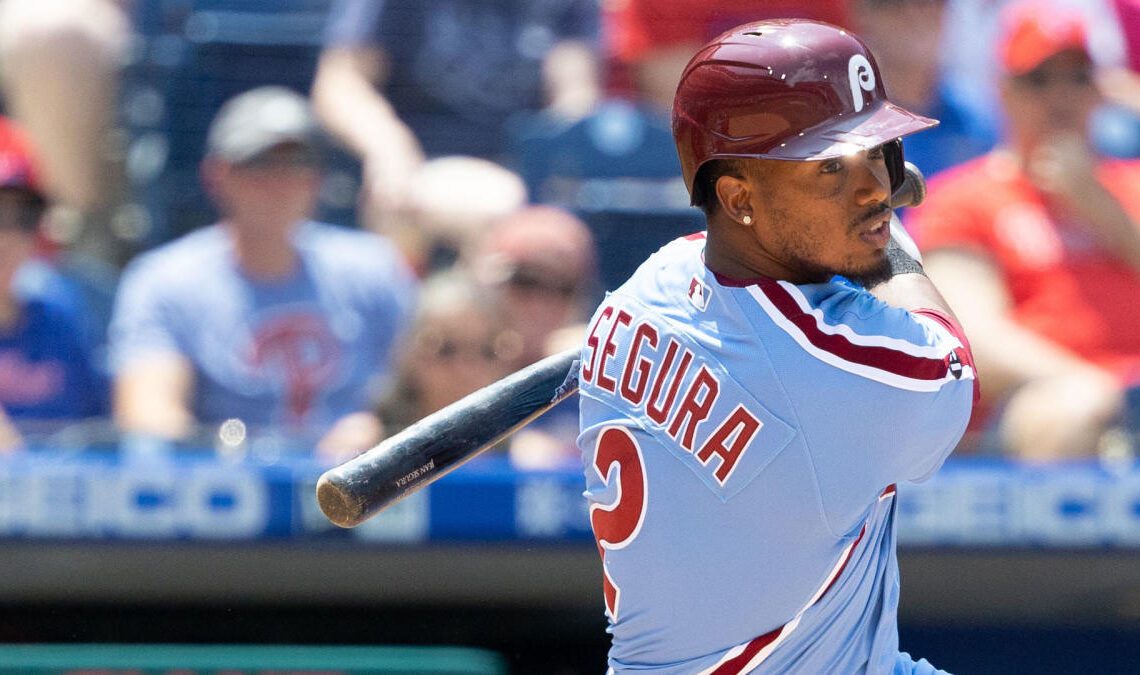 The 2023 MLB free agent class isn’t exactly loaded at the second position. Fortunately for the Boston Red Sox, they shouldn’t need to address the position this offseason.

Trevor Story was the best defensive second baseman in baseball during his debut season in Boston. Even if Xander Bogaerts departs in free agency and Story takes his place at shortstop, the Red Sox could use Kiké Hernandez or Christian Arroyo at second.

That said, plenty of teams will be perusing the market for either a starting second baseman or depth for the infield. So, who could pique their interest?

Here are the top five second basemen who could be available this winter.

Segura missed time in 2022 due to a broken finger, but that shouldn’t hurt his market in free agency if the Philadelphia Phillies decline his option. The two-time All-Star enters the offseason as the top second baseman in an underwhelming 2023 free agent class. Over the last four seasons with the Phillies, Segura has slashed .283/.338/.424 with 42 homers in 407 games.

Wong has made a name for himself with his defense, but the two-time Gold Glover has been solid at the plate as well since joining the Milwaukee Brewers in 2021. He has posted a .765 OPS over the last two seasons, a number that should help his case on the open market if the Brewers don’t exercise his club option for 2023.

Frazier hasn’t been able to duplicate his 2021 All-Star season, but the Seattle Mariners second baseman still offers plenty of upside. His defensive versatility helps to overcome his struggles at the plate as he has been used in all three outfield spots as well as shortstop. He might not get the All-Star treatment in free agency, but Frazier could bring plenty of value to a number of teams looking for infield help this offseason.

Solano missed time in 2022 with a hamstring issue. Through 65 games in his debut season with the Cincinnati Reds, the 2020 Silver Slugger hit .297 with a .737 OPS. His ability to hit for contact should make him an intriguing option for teams with a hole at the second base position, though Solano also has plenty of experience at the other infield spots.